SEOUL, Feb. 15 (Yonhap) -- "Svaha: The Sixth Finger," a mystery thriller that will hit local screens next week, seems capable of carving out a solid presence as a rare occult film in South Korean cinematic history.

The film's dealing with a secretive Buddhist cult and the painstaking endeavor to bring alive on screen the religious group's eerie artistic imageries and intricate doctrines, combined with the hair-raising visual and sound effects of the horror genre, may immediately strike a chord with the genre's followers.

Nonetheless, the film's reliance on supernatural forces as a plot driver could make the story feel unconvincing and out of place to unaccustomed viewers.

The subject matter of the religious occult is nothing new to director Jang Jae-hyun who scored a solid hit with this 2015 movie, "The Priests," about Catholic exorcisms.

Exuding darker religious mysticism, "Svaha" adopted jarring traits of horror movies, such as the sounds of animal howling and the use of snakes or insects.

"Svaha" revolves around middle school-aged twin girls. The younger, Kum-hwa, curses and fears her twin sister, who wasn't even given a name after her mysterious birth.

The elder sister was just called "that thing," having fed on a leg of her twin sister within their mother's womb and been born seriously disfigured. Locked into a backyard of her family's home in a remote corner of a mountainous village, her beastly presence makes life unbearable for the younger sister and her family.

The younger sister is nearly killed in a quiet sacrifice ceremony by a religious fanatic who works for the leader of a dubious Buddhist sect.

The religiously devoted killer goes on to remove the other monster sister for the sake of his leader, but his encounter with her shatters his blind religious belief and spurs him to instead question the authenticity of the religious doctrines he has clung to.

At the center of solving a series of religiously motivated murder cases, including the case of the twins, is disillusioned Christian pastor Park, played by Lee Jung-jae, who comes across the Buddhist cult in his profit-oriented investigation of corruption by religious groups. 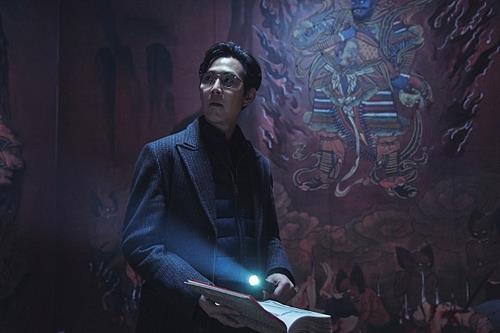 Half crime thriller and half horror flick, the film also pushes the audience to dwell on how the concept of god and common people's religious faith are exploited by lunatic religious leaders.

The character of Pastor Park is inspired by director Jang's own life and experience as a Christian baptized upon birth, who was gripped with the enigmatic question of whether god really exists and if he or she does, why they don't intervene in the gloomiest of human life's episodes.

"Having a religion is the most human-like act and an act only humans are capable of," the director said after the film's media preview on Wednesday.

"Personally I believe the absolute being does exist, but it doesn't seem like the world goes on as if it exists," he said of the motivation for his latest filmmaking. Director Jang also wrote the scenarios of "Svaha."

"Unlike Christianity, there's no fixed evil in the Buddhist religion. It constantly moves from virtue to evil and back to virtue ... there's only human desire (that leads to evil)," the director noted.

As the civilization achieved more advances in science and reason, the reliance on supernatural forces and religions became more "compressed," rather than weaker, he said.

The cast also includes rising actor Jin Seon-kyu, whose latest film, "Extreme Job," has drawn nearly 14 million moviegoers so far. In the comedy film, Jin played a goofy police officer, a stark contrast to his role of an intelligent monk who feeds knowledge about Buddhist doctrines to the pastor in "Svaha." 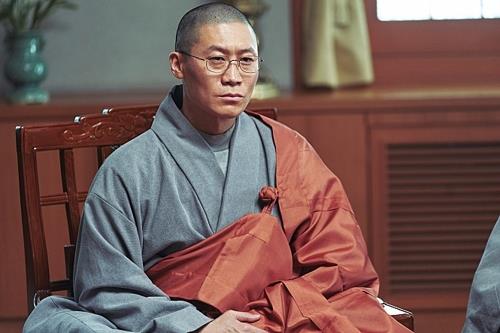 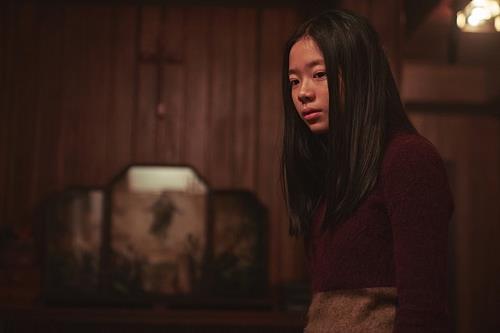 It is the first full-length movie for the 15-year-old Lee Jae-in, whose untested, but charismatic, acting sets the tone for the film.