The balance of bank lending given to households came to 828.7 trillion won (US$734.7 billion) as of the end of January, up 1.1 trillion won from a month earlier, according to the data from the Bank of Korea (BOK).

The central bank said home transactions usually become sluggish in the winter season and money demand for house rents and moves decrease at the same time.

Some 2,000 apartment deals in the capital city of Seoul were clinched in January, slumping from 10,000 contracts made in the same month last year.

"It's too early to say the growth pace of household loans has already been stabilized, because the January figures showed a very strong seasonal cycle," a BOK official said.

The incumbent Moon Jae-in government, which took office in 2017, has churned out a series of anti-speculation measures intended to curb household debts and the overheated property market, including the strongest one, which was released in mid-September last year. 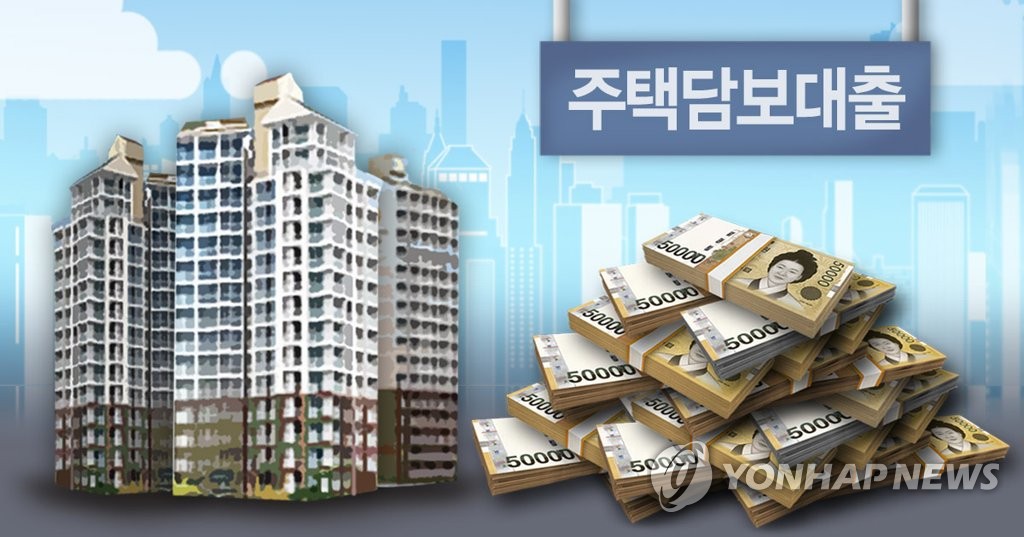