SEOUL, Feb. 15 (Yonhap) -- U.S. Forces Korea (USFK) Commander Gen. Robert Abrams reaffirmed Friday that the issue of the American troop presence in South Korea is not related to any potential declaration of an end to the Korean War or a peace treaty with North Korea.

His remarks came amid controversy over his congressional statement this week, which was seen as signaling the possibility of the U.S. troop withdrawal -- or drawdown -- in the event that a peace treaty is signed with Pyongyang.

"USFK's presence remains a matter of the ironclad ROK-U.S. alliance and is not related to any potential declaration of an end to the Korea War or peace treaty," Abrams said in a press release. ROK stands for South Korea's official name, Republic of Korea.

"The United States and Republic of Korea firmly agree on the importance of USFK for the peace and stability of the Korean Peninsula and region," he added.

The commander went on to say that, "The ROK-U.S. military alliance is stronger than ever, and our combined force stands as a strategic deterrent, postured to respond to any potential crisis or provocation and, if called upon, ready to fight tonight in the defense of the Republic of Korea."

The remarks came amid concerns here about the future of the USFK in the event of denuclearization and the establishment of a peace arrangement to replace the armistice agreement that halted the 1950-53 Korean War.

Seoul has maintained that the presence of the USFK, the centerpiece of the South Korea-U.S. treaty alliance, is an alliance matter to be decided by separate dialogue between Seoul and Washington.

As President Donald Trump wants to reduce the cost of U.S. overseas military deployments, speculation has persisted that he may consider withdrawing or paring down the USFK or putting the issue on the table in his Feb. 27-28 summit with North Korean leader Kim Jong-un in Hanoi.

A number of South Koreans have argued that the USFK should be retained as a peacekeeping force or "regional stabilizer" even after the signing of a peace treaty. 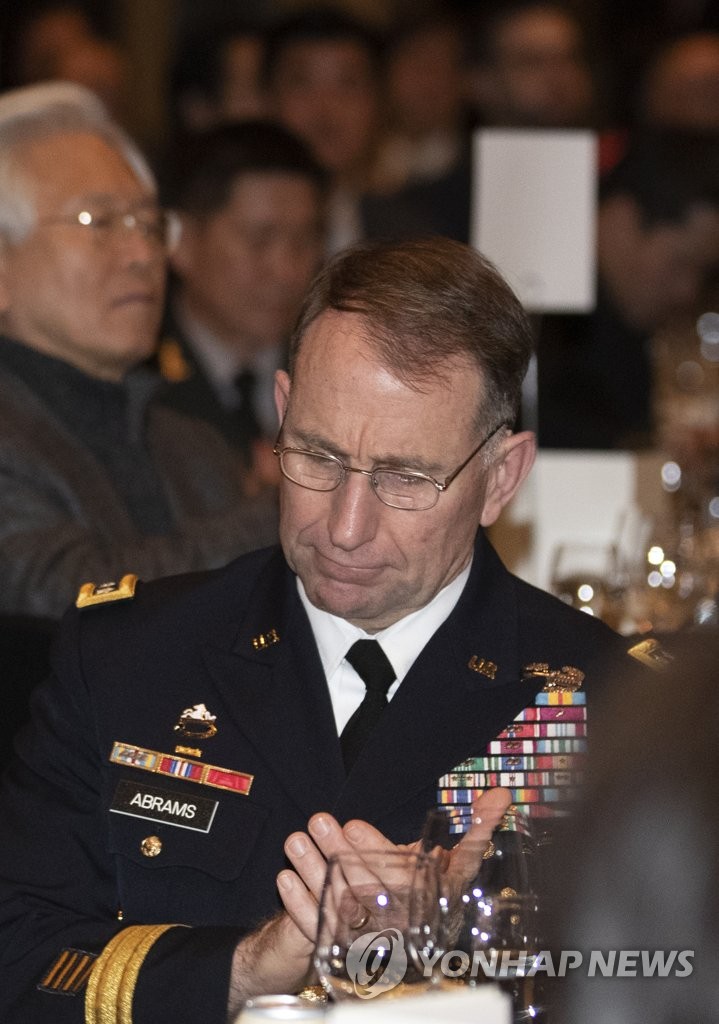