SEOUL, Feb. 15 (Yonhap) -- The top diplomats of South Korea and Japan will hold bilateral talks on the sidelines of a security forum in Munich, Germany, on Friday, Seoul's foreign ministry said, amid heightened tensions over historical and other issues.

They are in the German city to attend the annual three-day Munich Security Conference that began on Friday.

Aside from that, Kang and Kono are expected to discuss cooperation to support preparations for the Feb. 27-28 summit between U.S. President Donald Trump and North Korean leader Kim Jong-un in Hanoi. 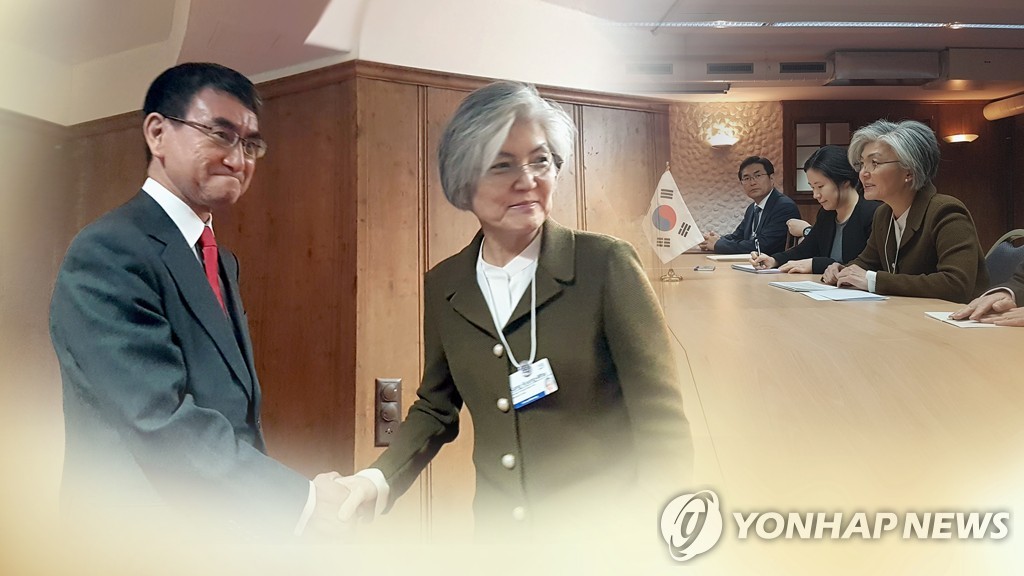