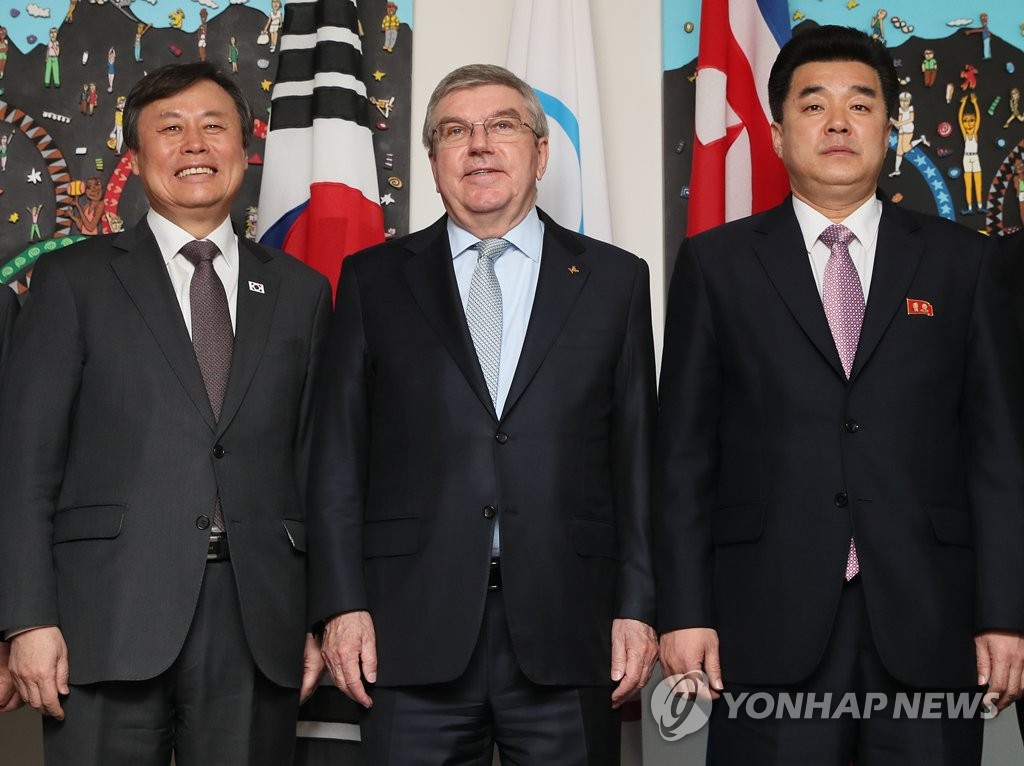 After a meeting with International Olympic Committee (IOC) President Thomas Bach at IOC headquarters in Lausanne, Switzerland, Friday, representatives from the Koreas agreed to form joint teams in women's basketball, women's field hockey, rowing and judo for the Tokyo Olympics.

While the Koreas have decided to put together joint teams in these four sports, they'll still have to survive tough qualifying processes to compete at the Olympics.

Following the meeting, Bach said, "There's already an agreement with regard to all of these unified teams that they would follow the same qualification procedure as all the other teams. That means they would participate in the qualification as a unified Korean team."

Women's field hockey in Tokyo will feature 14 countries. There are two Olympic berths available at each of the three International Hockey Federation (FIH) Women's Hockey Series Finals in Ireland, Japan and Spain in June. South Korea has qualified for the event in Ireland from June 8 to 16 and will be up against the Czech Republic, France, Ireland, Malaysia, Scotland, Singapore and Ukraine. Only the top two from that group will qualify.

Four more Olympic berths will be at stake during the 2019 Women's Hockey Pro League competition, which will conclude in June. Finally, four additional spots will be distributed based on FIH world rankings as of Sept. 20.

The Koreas are hoping to bring their teams together during the qualifying stage.

In women's basketball, 12 nations will play in the Olympics, and host Japan and reigning world champion the United States have already secured their spots. That will leave everyone else to vie for the 10 remaining berths through a multi-phase qualifying process.

In rowing, South Korea reportedly wants to form unified teams in disciplines that involve four or more rowers, while North Korea is looking to collaborate in lightweight events.

After they confirm the events, the two sides need to prepare for the 2019 World Rowing Championships, where quota places for the Tokyo Olympics are up for grabs. The competition will be held in Ottensheim, Austria, from Aug. 25 to Sept. 1.

In judo, the Koreas will look to have a joint team in the mixed team event. Individual judokas will first have to qualify for individual events in their weight classes in order to take part in the team event. 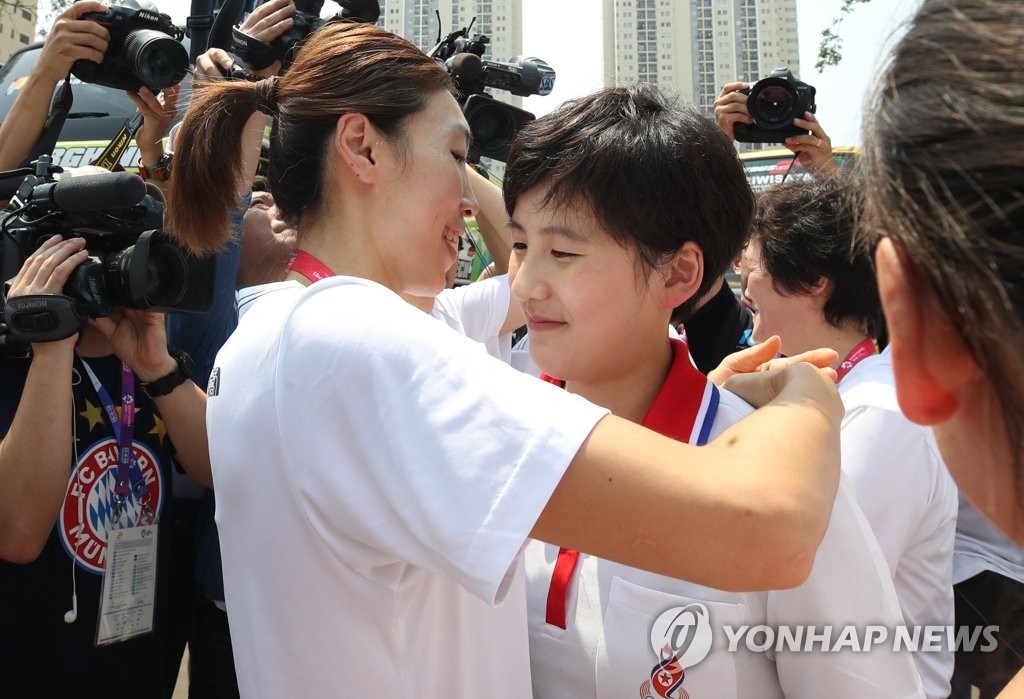