SEOUL, Feb. 17 (Yonhap) -- A group of South Korean parliamentary leaders returned home Sunday after visiting the United States ahead of a second summit between the U.S. and North Korea later this month.

National Assembly Speaker Moon Hee-sang and the chiefs of five political parties flew to their country early Sunday after making an eight-day visit to the U.S. for talks with U.S. government officials and congressional leaders.

The trip was mainly aimed at easing concerns about skepticism over North Korea's will to denuclearize and reaffirming the alliance between Seoul and Washington.

The parliamentary leaders also visited New York and Los Angeles to meet with experts and Korean residents in the U.S.

The trip came ahead of a second meeting between U.S. President Donald Trump and North Korean leader Kim Jong-un to be held on Feb. 27-28 in Hanoi following their historic meeting in Singapore last June.

The Trump-Kim summit is expected to focus on North Korea's denuclearization and Washington's corresponding measures. 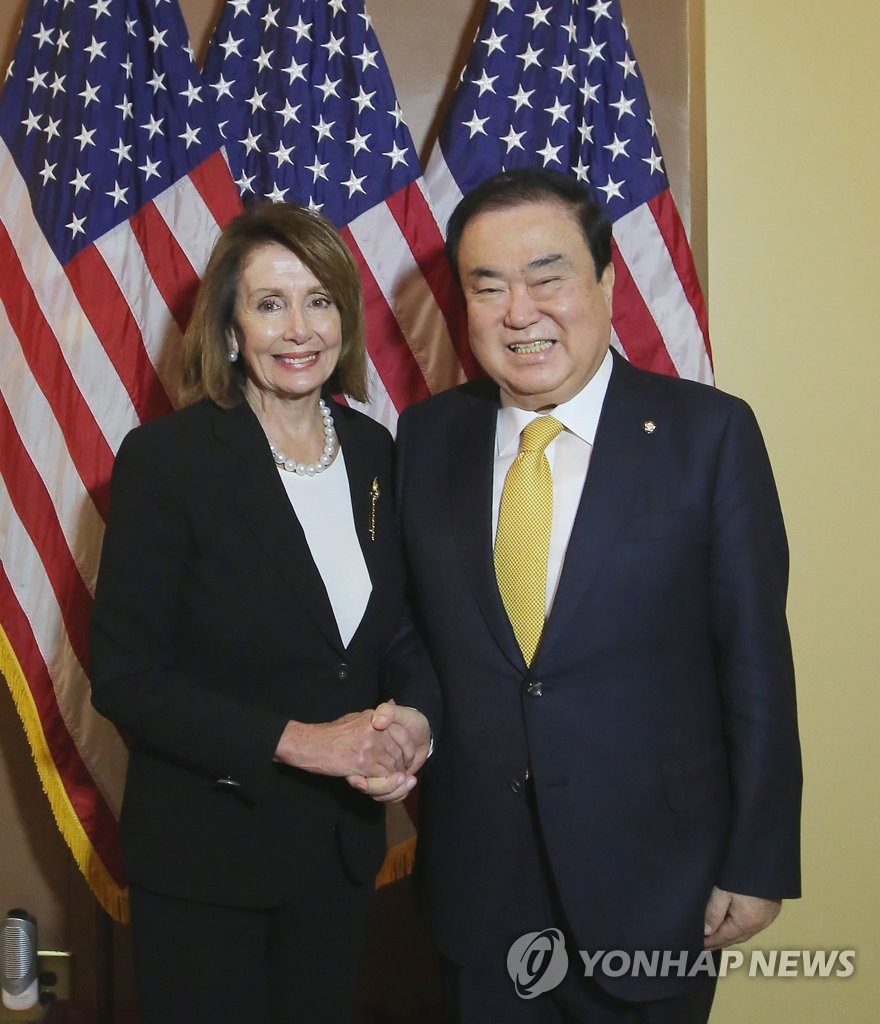