Kim Chang-son, known as North Korean leader Kim Jong-un's de facto chief of staff, and other officials arrived in Hanoi Saturday to check logistics for a second summit between the United States and North Korea slated for Feb. 27-28.

The Kim delegation left the Vietnamese government's guest house in Hanoi at around 7 a.m. and headed north to the Bac Ninh province where a smartphone-producing line by Samsung Electronics is located, according to sources.

The group is believed to have driven around the areas surrounding the factory and assessed the routes to and from Hanoi. It also visited Thai Nguyen province in the northeast region where another Samsung smartphone factory is located.

His trip is spawning speculation that Kim Jong-un may seek to visit one of Samsung Electronics' factories when he makes a state visit to Vietnam later this month.

If Kim's possible visit to the factory is realized, he could send a message to the international community that his country will seek to develop the North Korean economy through reform and openness. 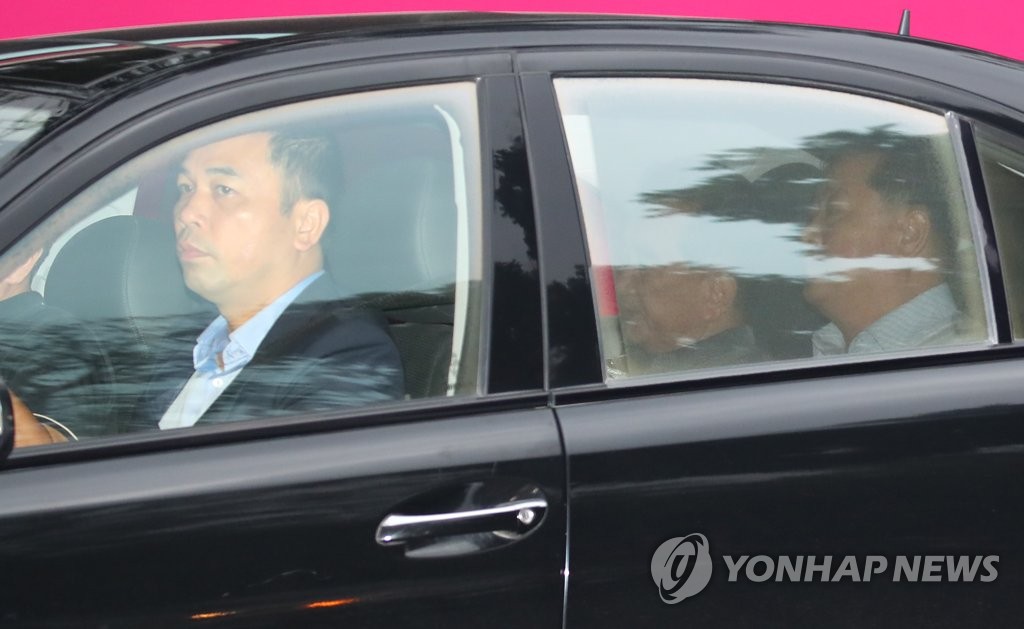 "We have yet to have receive any notice from authorities that North Korean officials would visit Samsung factories," a Samsung official said.

Samsung Electronics built factories in Bac Ninh in 2008 and Thai Nguyen in 2013. Since then, almost half of its smartphones have been produced in Vietnam.

Citing sources, Reuters earlier reported Kim will arrive in Vietnam on Feb. 25 ahead of his summit with U.S. President Donald Trump.

The report also said the North's leader will also visit the Vietnamese manufacturing base of Bac Ninh and the industrial port town of Hai Phong.

Kim Chang-son, an official at the State Affairs Commission, was in charge of protocol during the Trump-Kim summit in Singapore last June.

Trump and Kim are expected to focus on fleshing out North Korea's denuclearization and Washington's corresponding measures at the upcoming summit.

They issued a vaguely worded statement at the Singapore summit, in which Kim pledged to work toward complete denuclearization of the Korean Peninsula.

Denuclearization talks have been since stalled with the North demanding sanctions relief and corresponding steps by Washington over the measures it has taken so far, such as the demolition of a nuclear test site. But the U.S. has called for the North to take concrete steps toward denuclearization.

The U.S. and North Korea plan to hold a new round of working-level talks in a third country, in Asia, this week to prepare for the summit of their leaders.

A list of items subject to discussion at the pre-summit talks could include North Korea's closure of its main nuclear complex in Yongbyon in exchange for partial sanctions relief from the U.S. or a declaration to formally end the 1950-53 Korean War.
(END)