SEOUL, Feb. 17 (Yonhap) -- The Seoul metropolitan government on Sunday announced about 30 programs to commemorate the 100th anniversary of the 1919 popular movement that protested for independence from Japan's colonial rule.

The programs, organized by the Seoul city government, include a re-enactment of a "manse" procession of Korean demonstrators in the historical event, special exhibitions and cultural performances.

Participants will march from the Seoul Square in front of the Seoul City Hall to the Gwanghwamun intersection on March 1, shouting "Daehan dongnip manse," which means "Long live the independence of Korea," as their ancestors did 100 years ago.

More than 10 percent of the Korean population, or about 2 million protesters, took part in the series of anti-Japan rallies held across the country and abroad from March 1, 1919, two days ahead of a funeral for Emperor Gojong of the Korean Empire, through May of that year. The three months of movement ended in failure due to brutal crackdowns by Japan but had a great influence on efforts by other colonial countries to achieve liberation from imperialist powers. 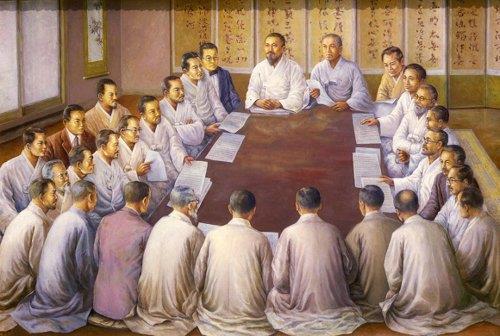 The city government will hold a special exhibition to honor about 15,000 Korean independence fighters at the Seoul Square on March 2-8.

On March 2 at the Sejong Center for the Performing Arts in central Seoul, citizens will have a chance to enjoy a concert to mark the anniversary and the "Yu Gwang-sun Opera Cantata" by the Seoul Metropolitan Chorus.

The Seoul Museum of History will hold a special exhibition titled "March 1 Movement in Seoul and Pyongyang" from March 1 through May 26.

Historic sites associated with the 1919 movement will be turned into places where Koreans can remember and honor the spirit of the independence movement.

The government plans to create a public square at the old site of Taehwagwan restaurant where 33 national leaders launched the movement by reading a statement in which they declared Korean independence. Construction of the new square will begin next month for completion by the Aug. 15 Korean Liberation Day.

Construction work to restore "Dilkusha," the home of Albert Wilder Taylor, an American journalist who broke the news of the 1919 rallies, in Seoul is currently under way with a goal of completing it in 2020.

In addition, the government will hold various exhibitions year-round to shed light on Koreans forced to work at Japanese coal mines and military brothels during World War II and Dr. Frank W. Schofield and four other Canadians who let the world know about the 1919 movement and the brutal Japanese crackdowns on one of the rallies.

"We hope citizens can commemorate the 100th anniversary and have a chance to remember and think about the history of Korean independence through various programs across Seoul," Seoul Mayor Park Won-soon said in a release.
(END)