Hur, the chairman of the board of directors for the Kiwoom Heroes, started an intrasquad game for the Korea Baseball Organization (KBO) at Peoria Sports Complex.

Pitching for the visiting side, the 42-year-old right-hander held the opponents scoreless over two winnings, while scattering three hits and two walks. 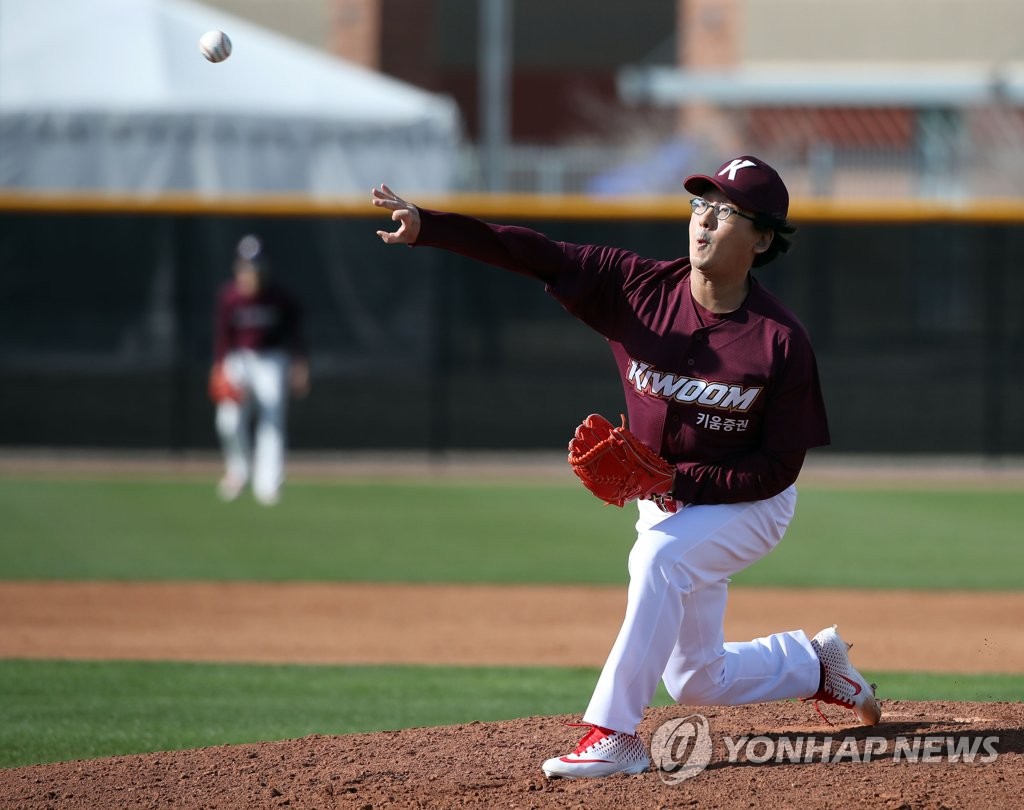 Hur, who once owned a South Korean independent ball club, Goyang Wonders, has some indy ball pitching experience as well. He threw 17 innings across three seasons, from 2013 to 2015, for the Rockland Boulders, going 1-2 with a 12.18 ERA.

Hur was named the chairman of the board for the Heroes earlier this year.

In the top of the first inning Sunday, Hur retired former KBO MVP Seo Geon-chang on a groundout to first base on three pitches. The next batter, Huh Jung-heop, struck out swinging.

Park Byung-ho, a two-time league MVP and a former 50-homer slugger, lined one to third base for an infield hit.

Hur then issued a walk and an infield single to load the bases. But he escaped the jam unscathced by getting Lee Ji-young to ground out to third.

Ye Jin-won led off the top of the second inning with a single to right, but was caught stealing second.

Hur walked Bae Hyun-ho but got Lee Jung-hoo to fly out to center field.

After a free pass to Seo Geon-chang, Hur got a pop out off the bat of Huh Jung-heop to complete his two innings of work.

He threw 43 pitches, all of them knuckleballs.

"This was my first live game in four years, and I am really happy," said Hur, who learned to throw the pitch from the Hall of Famer Phil Niekro. "When I was ahead 1-2 in the count on Seo Geon-chang in the second inning, I was going for a strikeout. That's an absolute no-no for a knuckleball pitcher."

Hur said he felt the Heroes hitters might have taken it easy on him. But the players said they saw a lot of movement from Hur's knuckleballs and they were difficult to hit.

The Heroes said Hur last year played catch with their manager, Jang Jun-suk, who tried to become a knuckleballer during his pitching career, and added Hur also threw off the mound in January in his first meeting with the ball club after being named the chairman of the board.

The Heroes added they asked Hur to make an appearance during spring training, and Hur deliberated for a while before taking the team up on its offer. 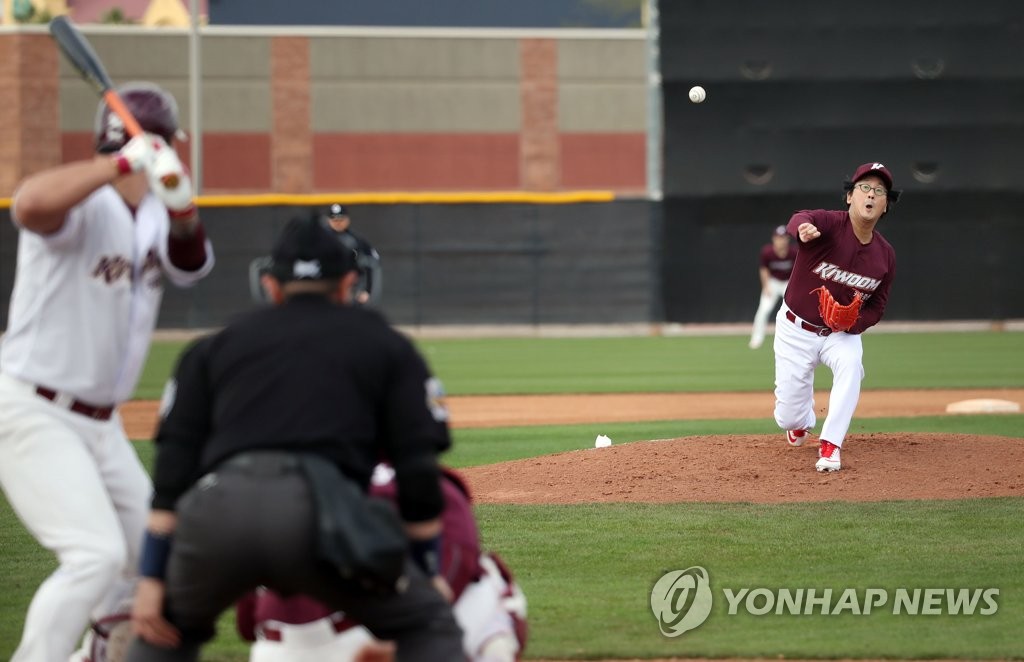