SEOUL, Feb. 18 (Yonhap) -- South Korea's local governments are pushing for various exchange and cooperation projects with North Korea, expecting next week's summit between the North and the United States in Vietnam to provide fresh momentum for peace on the peninsula, officials said Monday.

They are focusing on closer cross-border exchanges in sports, economy, education and culture, in particular, as the Feb. 27-28 summit is expected to set the stage for the North's denuclearization and the easing of sanctions, the officials said. 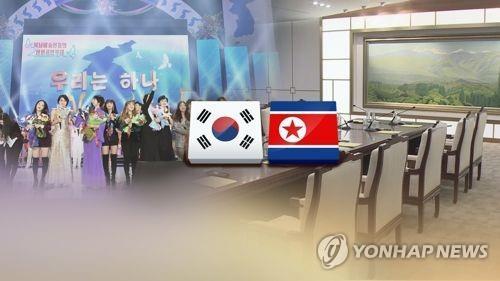 Changwon, the capital of the southeastern province of South Gyeongsang, is spearheading such moves, as it will send a delegation of 40 officials, citizens, businesspeople and marathoners to the Pyongyang International Marathon slated for April 7 in the North's capital.

Changwon Mayor Huh Sung-moo discussed the Pyongyang visit of his city's marathon delegation from April 5-8 during his participation in an inter-Korean event held in the North's Mount Kumgang last week.

Huh also proposed the holding of a "peace shooting match" in Changwon, where youths from the two Koreas and North Korean shooters would hold joint training with their South Korean counterparts in the city, about 400 km southeast of Seoul. 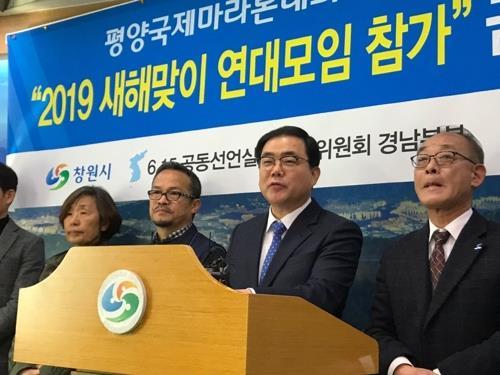 Gyeonggi Province, which surrounds Seoul and borders North Korea, said it plans to hold a peace marathon between the two Koreas' border cities -- Paju in the South and Kaesong in the North -- in celebration of the first anniversary of the April 27 inter-Korean summit.

The province and the North had already discussed holding the joint peace marathon event during Vice Governor for Peace Lee Hwa-young's visit to Pyongyang last year.

"Consultations on the cross-border marathon have been under way. As the North has shown strong interest, a detailed outline will likely be announced next week," a Gyeonggi provincial government official said.

Daegu, about 300 km southeast of Seoul, has invited North Korean athletes to the Daegu International Marathon in April and is considering sending an invitation to the North to participate in the International Children's Games to be held in the city in 2021.

North Gyeongsang Province is planning to invite North Koreans to a national archery competition scheduled to take place in the county of Yecheon this year.

South Chungcheong Province will push to invite a North Korean demonstration team to an international open taekwondo championship to be held in Seocheon, while seeking an inter-Korean joint research project on ginseng. 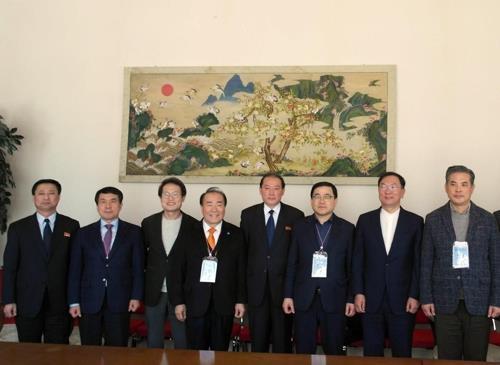 The Gwangju Metropolitan Office of Education in Gwangju, about 330 km south of Seoul, said that the outlook is bright for joint inter-Korean events on the occasion of the 90th anniversary of the Gwangju Student Independence Movement during Japan's colonial rule of the Korean Peninsula.

The Gangwon Provincial Office of Education has proposed providing education supplies and other forms of assistance to North Korean schools, while pushing for exchanges of students' field trips between the two Koreas.

Gyeonggi Province will seek to hold an inter-Korean forum on Koreans' forced labor in colonial Japan and speed up discussions on opening a branch of renowned North Korean restaurant Okryugwan in the province, as well as on cooperation projects in the fields of farming, forestry, culture, health and anti-epidemic measures.

Busan will push to invite North Korean filmmakers and actors to the Busan International Film Festival this fall and hold an inter-Korean film festival next year.