PEORIA, United States, Feb. 18 (Yonhap) -- Kiwoom Heroes' outfielder Lee Jung-hoo is so far ahead of schedule in his rehab from a shoulder injury that he could be ready for the start of the new season.

Lee, the 2017 Korea Baseball Organization (KBO) Rookie of the Year, injured his left shoulder labrum while making a diving grab in a postseason game on Oct. 20. He underwent surgery on Nov. 7 and was initially ruled out for six months. 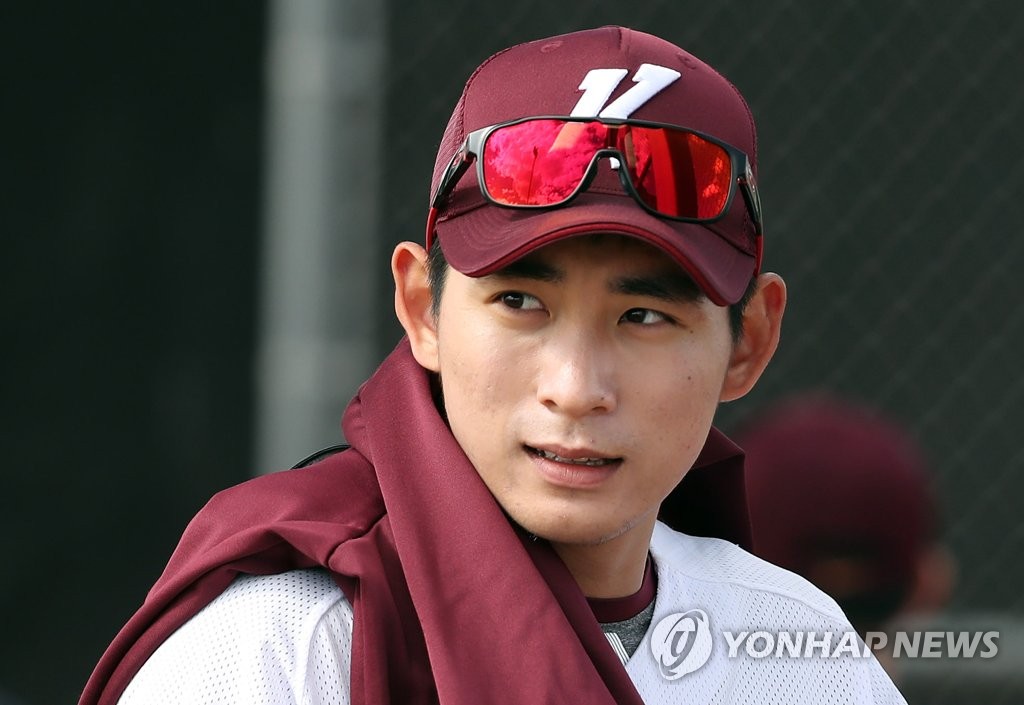 But after some grueling rehab work over the winter, Lee is now on track to be in the team's Opening Day lineup on March 23.

"It's up to my manager (Jang Jung-suk) to decide when I get to play," Lee said after a spring training intrasquad game at Peoria Sports Complex here on Sunday. "But I'll try to be ready for the start of the season."

Jang gushed at the work Lee had put in before the start of spring training on Jan. 30.

"His rehab has gone a lot faster than I expected," the manager said. "We'll absolutely not rush him back, but at this rate, he could be ready for the first game of the season."

Lee said the team's trainers worked so hard with him that he felt he owed it to them to return to the field as soon as possible.

"I can do regular fielding drills, and I began taking batting practice last week," said Lee, who had one at-bat in Sunday's intrasquad game. "If the manager allows me to do it, I could get into more games during spring training."

The 20-year-old, who played all 144 games in 2017 as a rookie but missed 35 games last year, admitted he used to take his health for granted.

"I just assumed I wasn't going to suffer any major injury," Lee said. "Now, I see the need to make plays in ways that won't cause injuries. My most important goal of 2019 is to be on the field from start to finish." 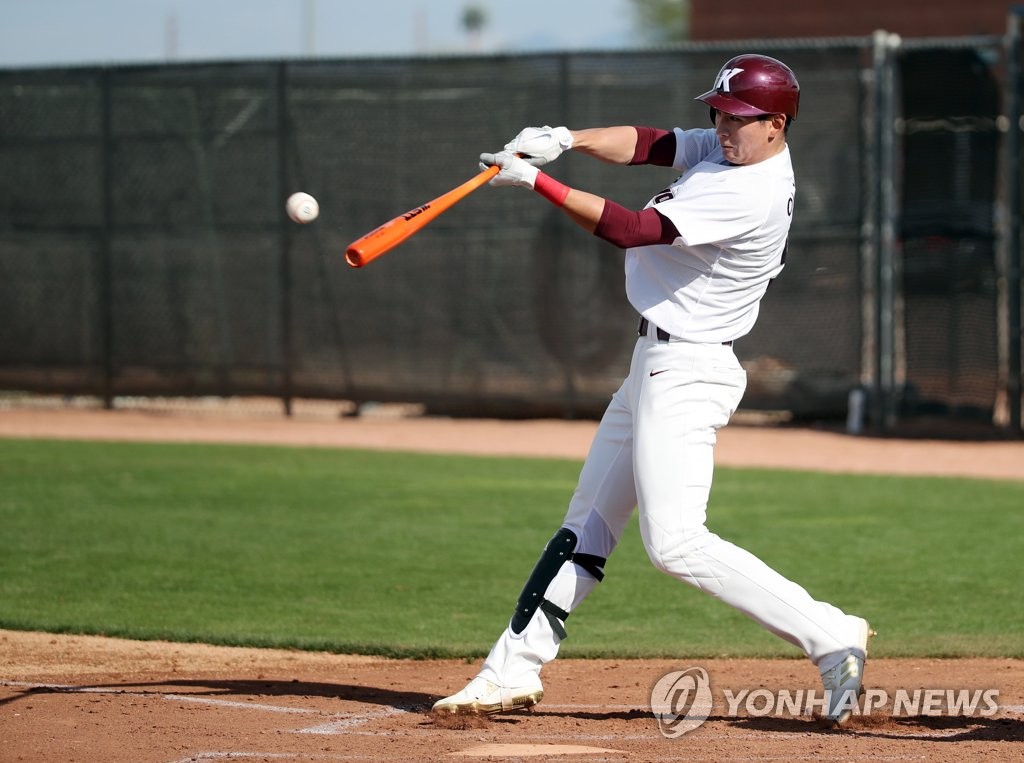