SEOUL/BEIJING/HANOI, Feb. 19 (Yonhap) -- North Korea's envoy for the United States arrived in Beijing on Tuesday apparently on his way to Hanoi for talks on the agenda of an upcoming summit between leader Kim Jong-un and President Donald Trump.

Kim Hyok-chol, special representative for U.S. affairs of the State Affairs Commission, is expected to visit the Vietnamese capital to meet with his American counterpart, Stephen Biegun, to nail down the details of what will be discussed in the second meeting between Trump and Kim in Hanoi on Feb. 27-28. 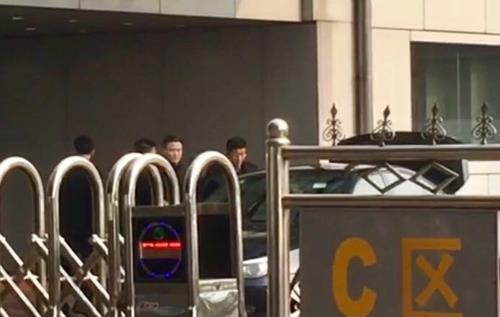 Soon after arriving at the airport at around 10 a.m. on an Air Koryo plane, they were whisked away by a North Korean Embassy vehicle.

Diplomatic sources said Biegun and other U.S. negotiators are likely to reach Hanoi separately, not in a group. 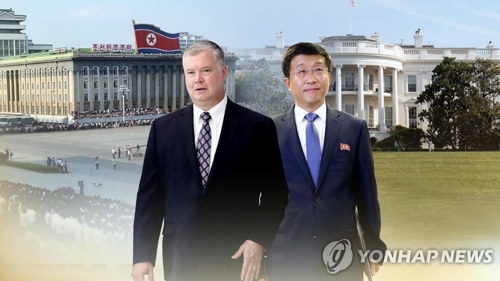 Wong was a member of the U.S. delegation, led by Biegun, to Pyongyang early this month.

Seoul and Washington are in close consultations with regard to the date of Biegun's arrival in Hanoi, the source added.

Another team of senior North Korean officials, headed by Kim Chang-son, is on a visit to Hanoi as well to check and discuss protocol and logistical issues.

Kim and his team visited Vietnam's foreign ministry on Tuesday. It was not immediately known whether their U.S. counterparts also visited the ministry for a meeting.

Kim, chief secretary of North Korea's State Affairs Commission, is known as the de facto chief of staff to the communist nation's leader.

He was in charge of the affairs for the Singapore summit in June last year between the leaders of the two sides.