SEJONG, Feb. 20 (Yonhap) -- The jobless rate in South Korea's southeastern industrial city of Ulsan rose to 4.5 percent in the fourth quarter, government data showed Wednesday, in the latest sign of the fallout of restructuring.

The figure represents a 1.6 percentage point increase from the October-December period of 2017, according to the data compiled by Statistics Korea. Ulsan's unemployment rate also marked the highest among eight major cities and nine provinces.

The statistics agency said restructuring and low demand in auto and shipbuilding industries are to blame for the hike in the jobless rate in Ulsan.

The world's biggest shipbuilder by sales halted work at its offshore facilities in August last year after orders dried up.

The trouble follows a series of offshore projects Hyundai Heavy lost to Chinese and Singaporean rivals in recent years due to higher costs.

In October, Hyundai Heavy received a US$454 million order from an American firm to build a semi-submersible floating production system.

Hyundai Heavy has 10,900 employees, and among them, 3,065 belonged to the offshore division as of the end of January.

Adding to the woes, Hyundai Motor sold 1.22 million units in the three months that ended on Dec. 31, down 0.6 percent from the same period of 2017 due to sluggish demand in the United States and China.

Retail sales in Ulsan declined 2.8 percent in the October-December period from a year earlier.

Meanwhile, service output and retail sales in Seoul, home to about one-fifth of South Korea's total population of 51 million, rose 2.2 percent and 3.7 percent in the October-December period, respectively, from a year earlier. 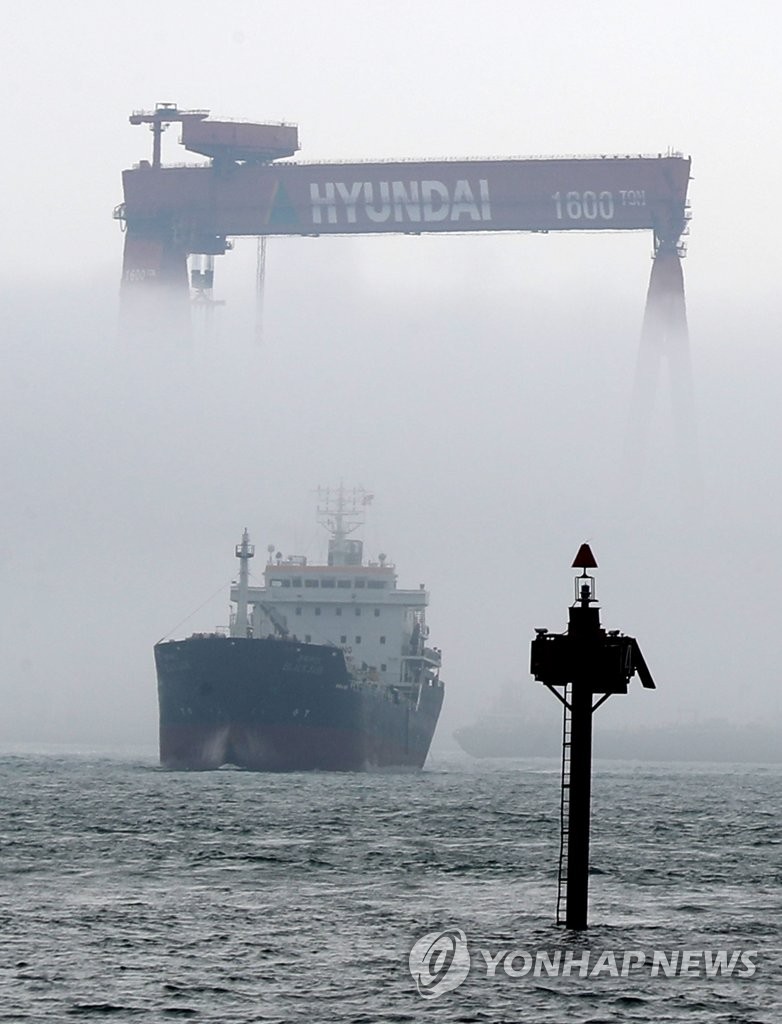 Jobless rate in Ulsan rises to 4.5 pct in Q4

Jobless rate in Ulsan rises to 4.5 pct in Q4