(ATTN: UPDATES with reports of remarks from President Moon, minor changes in paras 6-10)

SEOUL, Feb. 20 (Yonhap) -- President Moon Jae-in held a special meeting on Wednesday with victims of a military crackdown on a 1980 democratization movement, in an apparent move to reaffirm state recognition of the movement as pro-democracy and legitimate.

The meeting held at the presidential office Cheong Wa Dae was attended by about a dozen victims and bereaved family members of those killed in the bloody crackdown.

It follows a recent controversy sparked by three members of the main opposition Liberty Korea Party (LKP), who insisted the 1980 movement may have been instigated and even staged by special North Korean forces, which they say makes it a riot instead. 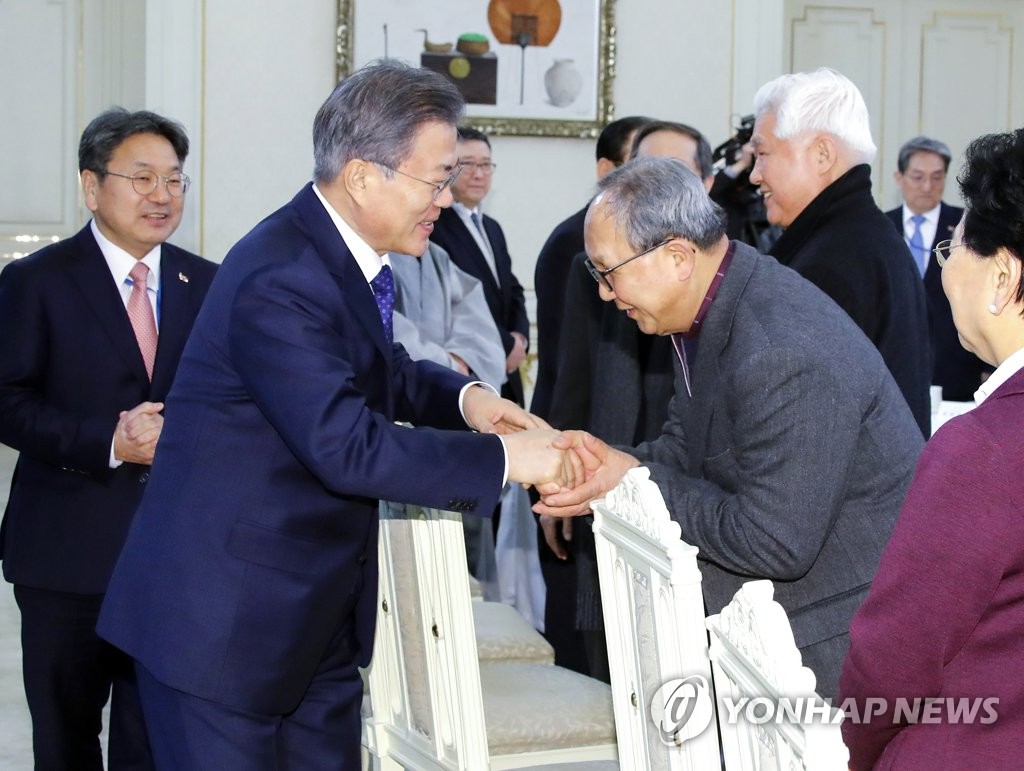 The president too has strongly denounced the opposition lawmakers for making such a claim, calling it an act of damaging the very foundation of the nation.

"It is an act that in the end will damage our democracy and destroy the foundation of our nation," Moon said in a weekly meeting with his aides held on Monday.

In Wednesday's meeting, the president said he felt infuriated.

"I too feel anger that there have been attempts to distort the great history of the May 18 democratization movement and that some reckless remarks have continued," he said at the meeting, according to his vice spokeswoman Ko Min-jung.

"The May 18 (movement) was an incident when government authorities violated the people's lives," the president was quoted as saying.

Moon earlier noted that the National Assembly itself passed the related bills that designated the starting date of the 1980 movement as a national memorial day and named victims of the military crackdown as people of merit.

He has also noted that the date has been observed as a national memorial day by each and every administration, including those of the conservative LKP.

The ruling Democratic Party and three minor opposition parties have submitted a motion to strip all three LKP members of their parliamentary seats.

The LKP's own ethics committee has expelled one of them, Rep. Lee Jong-myeong, but put off decisions on the other two -- Kim Jin-tae and Kim Soon-rye -- citing their participation in the ongoing race for party leadership.