PHOENIX, Feb. 20 (Yonhap) -- The first overall pick from last year's draft in South Korean baseball has made a solid spring-training debut in Arizona.

Rhee Dae-eun of the KT Wiz threw one inning in a start against the NC Dinos at Kino Veterans Memorial Stadium in Tuson, Arizona, on Tuesday (local time), giving up one unearned run on a hit and a walk. The 29-year-old right-hander struck out one batter and touched 147 kilometers per hour (91.3 miles per hour) on the radar gun.

With one out in the top of the first inning, Rhee walked Kim Tae-jin and gave up a single to Yang Eui-ji. Right fielder Kang Baek-ho bobbled the ball, allowing Kim to reach third to put the runners at the corners.

Christian Bethancourt then hit a sacrifice fly to center field for a 1-0 Dinos lead. 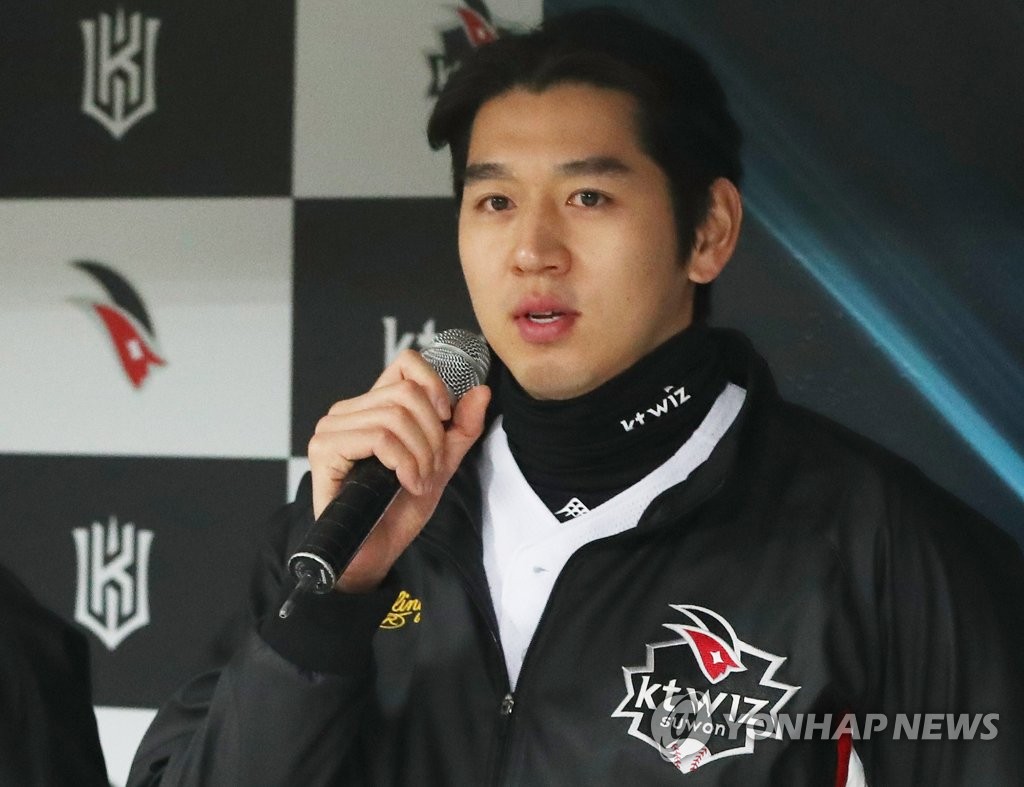 Rhee struck out Kang Jin-sung to end the inning with no further damage.

"I was a bit nervous because this was my first start of spring, but I was pleased with my balance and my stuff today," Rhee said afterward. "I should be able to pitch with more confidence the next time."

Rhee is a former Chicago Cubs prospect who has also pitched in Japan. Rhee signed with the Cubs in 2007 out of high school and spent seven seasons in the Cubs' minor leagues. He never pitched in the majors and only got as far as Triple-A in 2014.

Rhee had a 40-37 record with a 4.08 ERA in 135 minor league appearances. He also spent two seasons with the Chiba Lotte Marines in Japan's Nippon Professional Baseball (NPB), and represented South Korea at the inaugural Premier 12 tournament in 2015 and the World Baseball Classic in 2017. He completed his mandatory military service by pitching for the National Police Agency team in the second-tier the Futures League, Rhee was 5-6 with a save in 18 appearances, while posting a 3.83 ERA in 89 1/3 innings.

KT's manager, Lee Kang-chul, has said Rhee will be one of his key starting pitchers in 2019. Rhee isn't eligible for the Rookie of the Year award, though, because of his prior professional experience overseas.

Tuesday's game turned into a slugfest and ended in a 17-17 tie after 12 innings.