Samsung showcased the standard Galaxy S10 equipped with a 6.1-inch display, the larger S10+ with a 6.4-inch screen, the more affordable S10e and the company's first 5G variant. The S10e comes with a 5.8-inch display, while the 5G version packs a sizeable 6.7-inch screen.

The latest launch represents a shift from Samsung's strategy of releasing two flagship devices at Unpacked events in recent years. 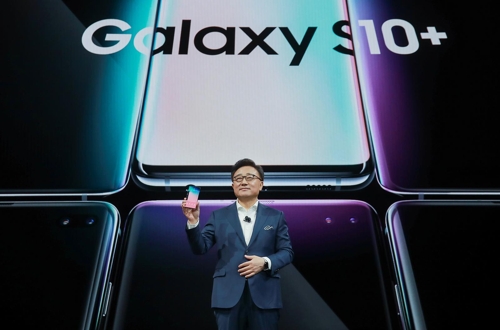 "Galaxy S10 builds on that incredible legacy, and delivers breakthrough display, camera, and performance innovations. With four premium devices, each built for a unique consumer in mind, Samsung is leveraging a decade of industry leadership to usher in a new era of smartphone technology," DJ Koh, head of Samsung's IT & Mobile Communications Division, said during the Unpacked event held in San Francisco and live streamed globally.

The smartphones feature an Infinity-O display, which puts a front-facing camera in a punch-hole in the main display itself, doing away with the bezel and notch to provide the best viewing experience for users.

The standard S10 and S10 Plus have triple-lens camera arrangements on the back, a USB-C port and a 3.5 millimeter headphone jack connector. The 5G variant gets an addition 3-D depth sensing camera, while the more affordable S10e gets two shooters.

With up to 1 terabyte of internal storage and five cameras in total, the S10+ is expected to be a powerful challenger to the iPhone XS Max, Apple's biggest and most expensive smartphone, released last year.

All versions of the S10 series get Dynamic AMOLED panels with curved top and bottom bezels for the pricier models and a flat screen for the S10e, which is making a comeback after it was last seen on the Galaxy S7.

All of the Galaxy S10 models come with a standard 12-megapixel, dual-aperture camera that switches between F1.5 and F2.4, and a super wide angle camera with a 123 degree field of view. The three larger variants get an additional 12-megapixel telephoto camera, with the 5G and S10 Plus getting a 3-D depth sensing shooter.

The displays support the "high dynamic range 10 plus format" that offers a more comprehensive range of colors that can make the screen more bright, realistic and lifelike.

Samsung said that the S10 will have the world's first built-in cryptocurrency wallet capable of storing Bitcoin, Ethereum and Ripple currencies.

With Galaxy S10 5G, consumers on a 5G network can download a full season of a TV show in minutes, play graphics-rich cloud games, enjoy virtual and augmented experiences, the company said.

In addition, the electronics giant took the wraps off a suite of new wearables to join its newest smartphones, including wireless earphones called Galaxy Buds, a smart watch and a fitness band.

As S10 incorporates a reverse wireless charging system, users can charge their Galaxy Buds by placing them on the rear of the smartphone. This technique was demonstrated by Huawei's Mate 20 last year.

Besides the S10 series, Samsung unveiled its much-anticipated foldable phone, "Galaxy Fold," during the global event, in the hopes that the new device will become a game-changer in the lethargic smartphone market.

The new type of handset has a tablet-sized screen that can be folded up to fit into a pocket. The Fold was created using the company's cutting edge display technology.

With six lenses — three in the back, two on the inside and one on the cover, the foldable model will provide a new level of multitasking, the firm said. Users can open up to three active apps simultaneously on the main display.

Samsung said the foldable phone is just the beginning of its smartphone innovation, with larger displays expanding user experiences.

"Galaxy Fold introduces a completely new category that unlocks new capabilities never seen before with our Infinity Flex Display." Koh said. "We created Galaxy Fold for those that want to experience what a premium foldable device can do, beyond the limitations of a traditional smartphone."

The innovative features illustrate the efforts of the world's largest smartphone maker to maintain its lead amid the double whammy of reduced global demand and fierce competition in major markets. 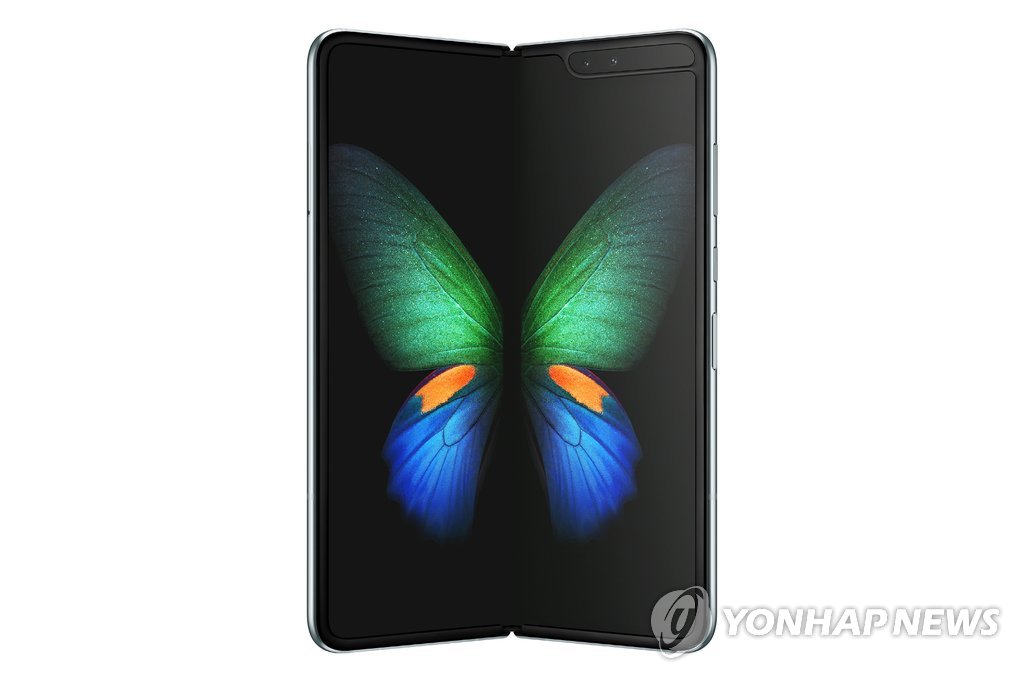 It is the first time Samsung has held an Unpacked event in San Francisco, Apple's home turf. The move is seen as Samsung's attempt to challenge its U.S. archrival and show people that it has upped the ante.

The unveiling of the foldable phone comes just days before China's Huawei presents its own folding tech on the eve of MWC Barcelona, the world's largest mobile industry gathering, which opens Monday.

The Galaxy S10 series will hit the shelves on March 8 in major markets, including South Korea and the United States, with pre-orders available from March 4.

The Galaxy Fold starts at $1,980 and will hit shelves in the U.S. market April 26, the company said.

The foldable model's 5G version is expected to be available in May in the South Korean market, with a higher price tag than the U.S.' 4G version, according to corporate insiders.

Market watchers were optimistic about the sales prospects of the new Galaxy series with a wider range of options for both premium and mid-range smartphone users, with its entry-level device priced below $800.

"The estimated annual shipments of the Galaxy S10 are expected to reach 38 million, up 15 percent from its predecessor," Cho Chul-hee, an analyst at the Korea Investment & Securities, said. "While the Galaxy S9 series had just regular and plus models, the S10 lineup added a light variant for budget-conscious consumers."