BEIJING, Feb. 20 (Yonhap) -- North Korea's point man on the United States left Beijing for the Vietnamese capital of Hanoi on Wednesday to hold talks on the agenda of a summit between the two sides next week. 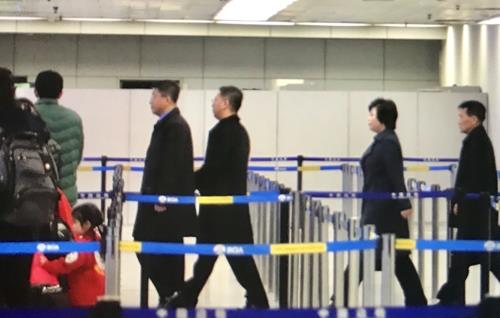 Kim is expected to meet with his American counterpart, Stephen Biegun, in Hanoi to discuss what will be covered in two-day talks between President Donald Trump and leader Kim Jong-un in Hanoi next Wednesday and Thursday.

Biegun departed from Washington D.C. for the city, according to the State Department.

In the pre-summit negotiations, they will likely to draft a joint statement to be issued after the summit which media is to call the Hanoi Declaration.