Trump plans to meet North Korean leader Kim Jong-un in Hanoi, Vietnam, on Feb. 27 and 28 to flesh out an agreement they reached at last June's first summit in Singapore to dismantle the North's nuclear weapons program.

"We'll be meeting with Chairman Kim for two days and I think we'll accomplish a lot," Trump told reporters at a meeting with Austrian Chancellor Sebastian Kurz at the White House.

"I don't think this will be the last meeting by any chance," he said.

Washington has sought to persuade Pyongyang to dismantle its nuclear weapons and ballistic missile programs under the inspection of outside experts.

North Korea has in turn called for "corresponding measures," such as sanctions relief and a formal end to the 1950-53 Korean War.

"The sanctions are on in full, as you know. I haven't taken sanctions off," Trump said. "I'd love to be able to, but in order to do that, we have to do something that's meaningful on the other side." 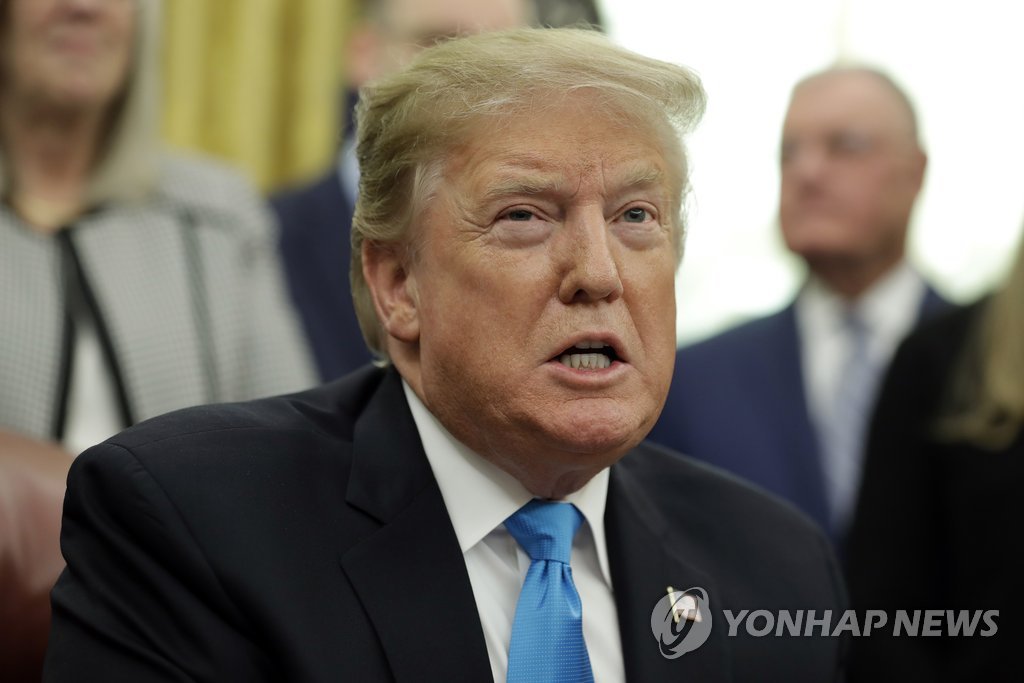 The two countries' top negotiators are expected to meet in Hanoi soon to hammer out the summit's agenda and pen a joint statement for the leaders to sign.

The U.S. special envoy, Stephen Biegun, left Washington for the Vietnamese capital on Tuesday as his North Korean counterpart, Kim Hyok-chol, flew in from Pyongyang via Beijing on Wednesday.

Trump dismissed the notion that Pyongyang is reluctant to denuclearize, saying he believes "they want to do something."

"Tremendous potential for economic well-being long-term, and I think he understands that very well," he said of the North Korean leader. "I think he might understand that better than anybody."

Trump again touted his "very good relationship" with Kim. "I wouldn't be surprised to see something work out," he said.

North Korea's impoverished economy has come under further strain due to international sanctions that were imposed on the regime after its nuclear weapons and ballistic missile tests in 2017.

In a bid to boost his economy, Kim has reached out to South Korean President Moon Jae-in as well as Trump and Chinese President Xi Jinping.

In a phone call Tuesday, Moon told Trump that Seoul is willing to boost inter-Korean economic exchanges to lessen the burden on the U.S. to offer concessions to the North.

"They have a great, great potential as a country and I think that's what they are looking to do. We'll see," Trump said. "But we've made a lot of progress. We've made a tremendous amount. That doesn't mean this is going to be the last meeting, because I don't believe it will. But we have subjects to discuss, which will be very fruitful, I believe."