The five-track record will hit the American music scene at midnight on Friday, according to Transparent Arts. In South Korea, the album will be available for streaming starting at 2:00 p.m. Thursday.

The record, a package of five songs including "Born Again," which was previously released last month, delves into a story of finding oneself and growth.

Right before the South Korean album release, Tiffany Young will appear on V Live, live Internet TV by Naver, to meet and chat with fans about herself and the new music release. She will also perform her new songs live.

"Finally, I am able to come back through V Live, and I am so happy. Thank you guys for waiting for me so long," Tiffany Young said on her SNS account ahead of the music release.

Having debuted in the girl band in 2007, she ended her contract with SM Entertainment in 2017 and moved back home to the United States to launch a career there.

Since releasing the digital single "Over My Skin" in June last year, she has toured Thailand, Taiwan and Hong Kong to meet her fans.

With the latest record release, she will mainly stick to the music scene in North America, according to the agency. Starting in March, she will also go on a showcase tour to Toronto, New York, Chicago, Minneapolis, Seattle, Vancouver, San Francisco and Los Angeles.

She was also nominated for the 2019 iHeartRadio Music Awards in the best female solo category, with the final result to be announced on March 14. 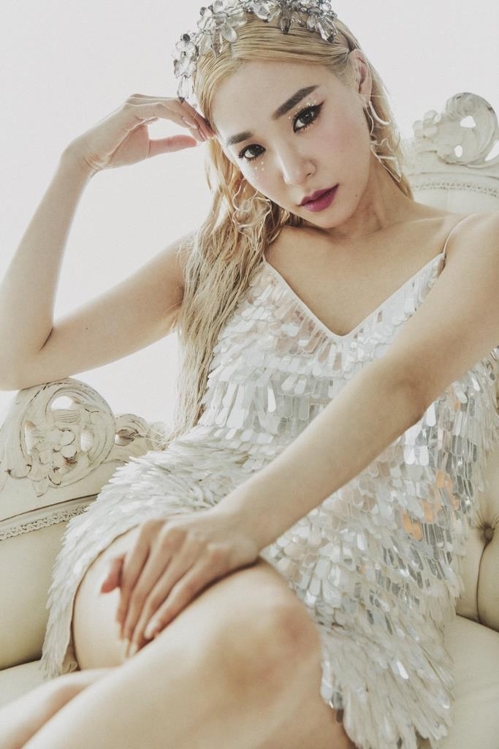