SEOUL, Feb. 21 (Yonhap) -- The government plans to take care of illegally dumped waste around the country, amounting to 1.2 million tons over the next three years, the environment ministry said Thursday.

Of the total waste load, 839,000 tons came from the waste abandoned by businesses that either went bankrupt or stripped of their licenses, the findings by the Ministry of Environment showed.

Illegally-disposed waste accounted for 330,000 tons, while 34,000 tons were brought back into the country after they were illegally exported to a third nation, the ministry said.

Nearly 52 percent of them consisted of flammable materials, while about 57.2 percent were non-flammables normally used in construction.

Efforts will be made to maximize ways to recycle the waste and minimize environmental damage to residents living in nearby neighborhoods when the waste gets incinerated, the ministry said.

Thursday's announcement came after Greenpeace reported an illegal shipment of 6,300 tons of plastic garbage by a South Korean firm to the Philippines last year, in a case that drew international criticism.

The South Korean government has taken back 1,200 tons and plans to have the rest delivered. A local firm illegally shipped 6,300 tons of plastic waste to the Philippines

The government said Thursday it will also chase down those who are responsible for the illegal dumping of the waste and enforce measures to have them take care of the articles.

The ministry will talk with construction companies and local governments to work out ways to better process and manage the waste materials, it added. 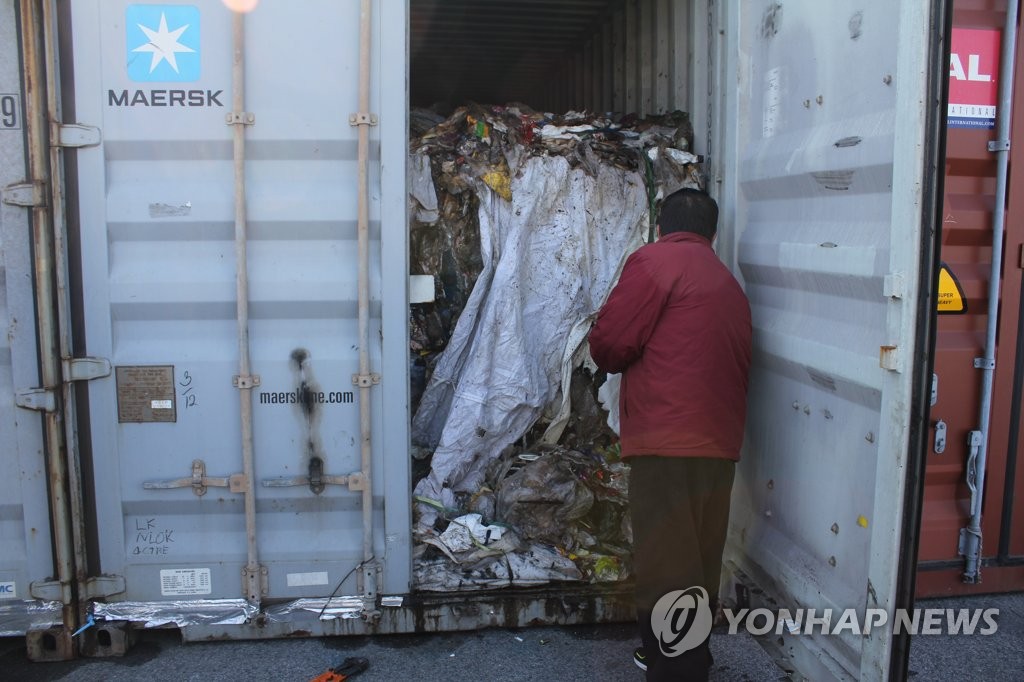