SEOUL, Feb. 21 (Yonhap) -- A deep-sea search team has found bones believed to be from at least one of the missing victims who were aboard a South Korean bulk carrier, the Stellar Daisy, which sank in the South Atlantic two years ago, the Ministry of Foreign Affairs announced Thursday.

The search ship, Seabed Constructor, of Ocean Infinity, a Texas-based exploration firm, has been scouring the accident area under a contract, worth 4.8 billion won (US$4.3 million), with the South Korean government.

"On Feb. 20 (local time), it discovered part of the remains, seen as human bones, and an orange-colored object that appears to be working clothes, on the seabed around a fragment of the hull," the ministry said. 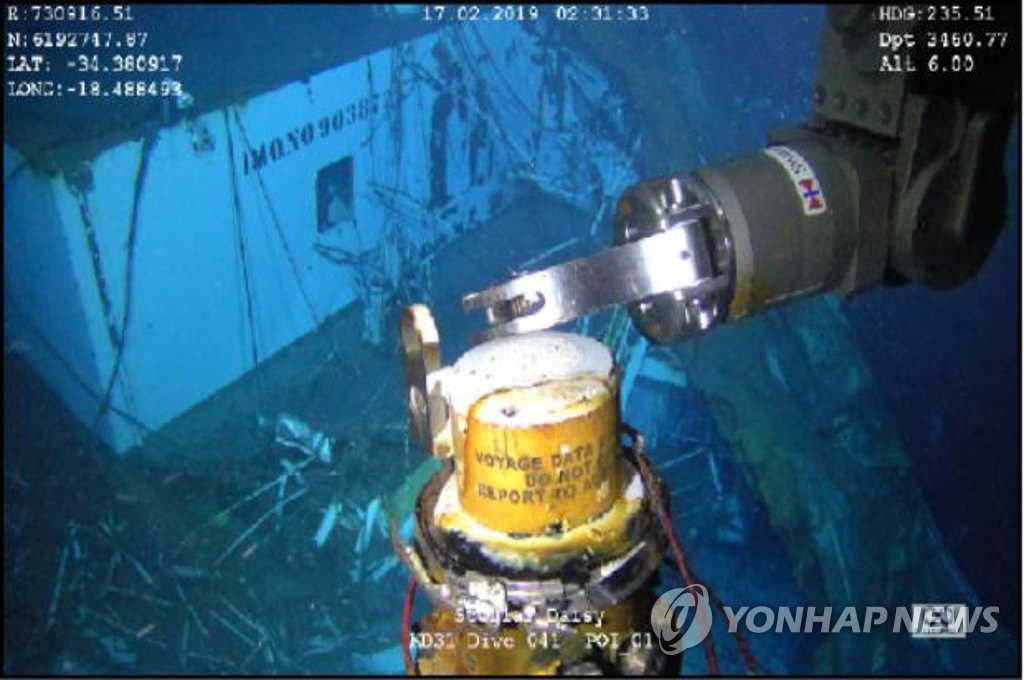 Last weekend, the search team retrieved a voyage data recorder (VDR) of the ill-fated vessel during its operation using an autonomous underwater vehicle (AUV) and other high-tech equipment.