SEOUL, Feb. 21 (Yonhap) -- The Supreme Court on Thursday recognized the age of 65 as the maximum age that people are physically fit to work, breaking a nearly 30-year precedent that will likely reshape the notion of retirement and impact related industries.

The 13-judge bench reversed an appellate court ruling that ordered the family of a drowning accident victim to be compensated based on the applied age of 60 to determine the indemnity.

Thursday's ruling now requires the appeals court to deliver a fresh ruling for Park Dong-hyun and his family, who lodged a 493.5 million-won (US$439,170) damages suit against a swimming pool operator after they lost their 4-year-old son in August 2015.

The calculation from the plaintiffs was based on the assumption that their child would have been able to engage in manual labor until the age of 65.

The lower courts ruled in favor of the operator, citing the December 1989 Supreme Court precedent that raised the maximum working age to 60 from 55. The courts agreed that it stands as the empirical rule.

The top court ruled Thursday that it's more adequate to accept age 65 as the maximum working age and that it should be regarded as the empirical rule.

"The circumstances under which the empirical rule was determined have significantly changed ... the initial rulings are at fault as they merely followed the precedent."

The lower courts had ordered the swimming pool operator to pay 174.2 million won to the Parks, limiting its liability for negligence to 60 percent.

The Supreme Court decided to review the case en banc, where all of its justices hear the case before making its own decision, given the public significance its ruling could have on various sectors, such as pensions and insurance.

Supporters of raising the age have argued the 1989 precedent is outdated as the life expectancy of South Koreans has greatly increased over the past three decades and economic and employment conditions have also changed.

The 2017 data by the Organization for Economic Cooperation and Development (OECD) show that the average life expectancy stood at 79.7 for Korean men and 85.7 for Korean women. The retirement age at public and private companies has also been raised to 60.

Recent lower court rulings have also increasingly awarded damages based on the judgment that the maximum working age should be higher than 60. 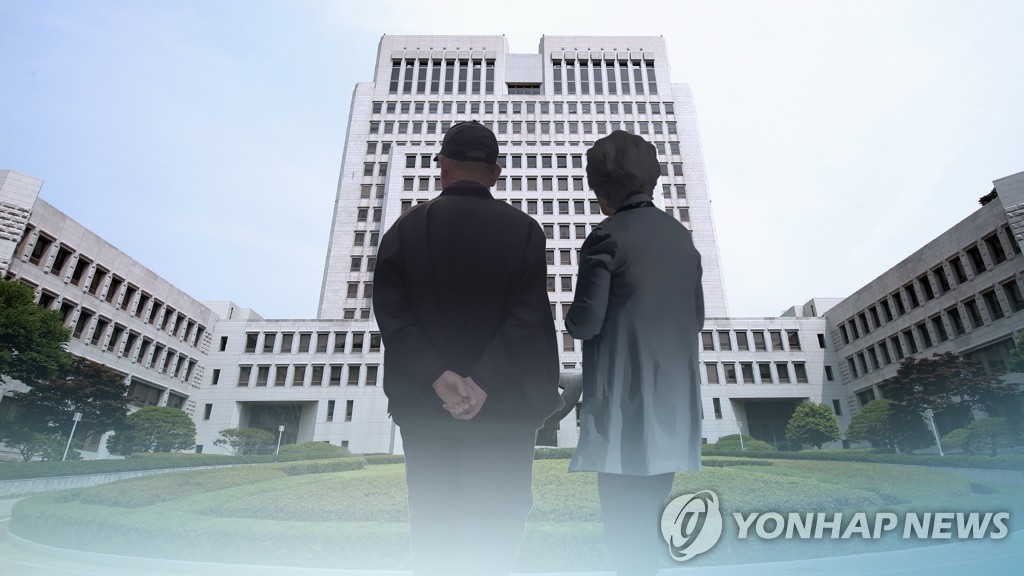