Modi arrived here earlier in the day on a two-day state visit.

In the unveiling ceremony held at Seoul's Yonsei University, President Moon praised the late Indian leader, saying the greatness of Gandhi lies in the fact that he walked the path of peace despite the violence or threats against him or his people. 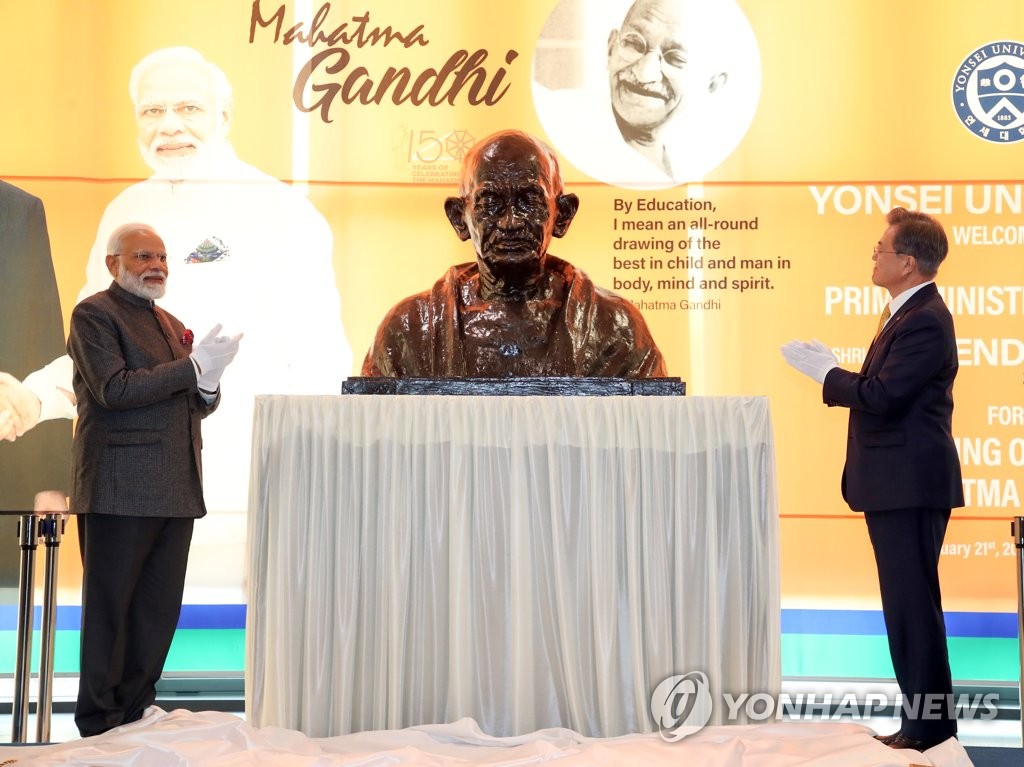 Noting that his country has also experienced colonial rule, the South Korean president insisted the countries must work together to help establish peace and ensure joint prosperity in the region.

"This year is also a meaningful year to South Korea," Moon told the ceremony, noting the year marks the 100th anniversary of the establishment of the country's provisional government under Japan's colonial rule that lasted 36 years from 1910-45.

"Gandhi's teachings that said 'Be the change you wish to see,' and 'There is no way to peace, there is only peace,' specially touch my heart. With the unveiling of his statue today, Gandhi's spirits will forever be in the heart of South Koreans," he added.

The ceremony, also attended by the Indian prime minister, came as part of an Indian project, to commemorate the 150th anniversary of the birth of Gandhi, that seeks to have statues of the late Indian leader erected in 15 different countries, according to Moon's presidential office Cheong Wa Dae.

The statue of Gandhi, donated by India, will be put on permanent display at Yonsei University's Songdo International Campus in Songdo, near Incheon International Airport, Cheong Wa Dae said.

Moon and Modi will hold a bilateral summit on Friday before the Indian leader wraps up his two-day visit here.

The Moon-Modi summit will be the first of its kind since July when the South Korean leader made a state visit to New Delhi.