SEOUL, Feb. 21 (Yonhap) -- A Seoul court on Thursday acquitted seven doctors and nurses at Ewha Womans University Hospital of criminal charges brought against them over the deaths of four newborns by bacterial infection at the western Seoul hospital in December 2017.

The Seoul Southern District Court said it has found four doctors and three nurses at the university hospital not guilty of death by occupational negligence over the deaths of the newborns, citing lack of direct evidence.

On Dec. 15, 2017, four infants died within a span of two hours while being treated in the intensive care unit of the general hospital. Forensic results later confirmed that their deaths were all caused by the same type of bacteria that can be fatal to immunocompromised patients. After months of investigation, the seven were referred to trial on charges of death by occupational negligence. 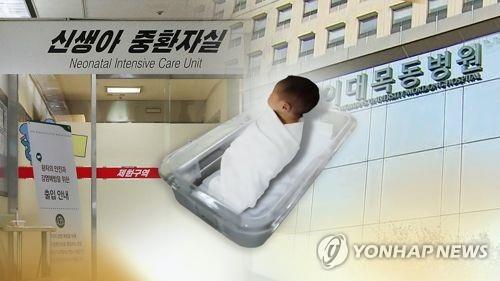 "Negligence was recognized in the hospital's infection control. But a direct causal link between injections and the deaths of newborns has not been established," the court said in its ruling.

The court noted that it is difficult to view the concerned injections as contaminated, because other newborns who received injections from the same medical staff through the same procedures didn't show signs of bacterial infection.

The police's forensic findings have suggested the injections of nutritional supplements for the babies were either originally contaminated or became contaminated while being opened and connected to intravenous tubes.

Cho Soo-jin, a pediatric professor in charge of the hospital's intensive care unit for newborns, was one of the seven indicted in the case. She was arrested on charges of death by occupational negligence in April last year but was later released on bail. 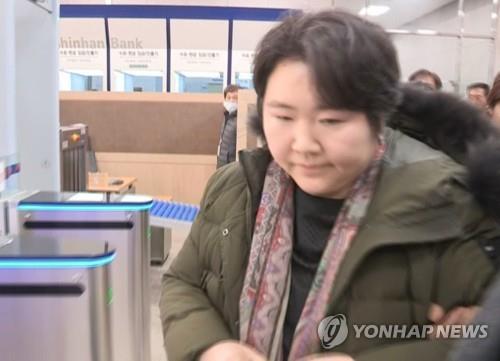 As the court issued a not-guilty verdict, Cho and other defendants gave each other broad smiles.

Defense lawyer Lee Sung-hee said a causal relationship between the injections and the deaths of the newborns was analyzed after different circumstances were uncovered in the process of consulting experts for their opinions.

Choi Dae-zip, president of Korea Medical Association, who attended the sentencing trial, said the medical community welcomes the court's acquittal verdict made under the principle of evidential justice.