After her arrival in Geneva on Saturday, Kang plans to deliver a keynote speech at the U.N. Human Rights Council meeting Monday to stress the need for international cooperation in enhancing rights conditions for vulnerable classes around the world.

The minister will also touch on sexual violence in conflict zones, such as Japan's wartime sexual slavery, Seoul's efforts to foster lasting peace on the divided Korean Peninsula and North Korea's human rights, her office said.

Some 90 high-level officials from around the world are set to attend the U.N. meeting.

Also on Monday, she is scheduled to speak at the Conference on Disarmament to explain South Korea's ongoing peace efforts with North Korea and its anticipation for progress in the endeavors, as well as Seoul's commitment to global arms control and nonproliferation regimes.

During her three-day stay in Geneva, Kang plans to meet key participants in the international meetings, such as UN High Commissioner for Human Rights Michelle Bachelet. 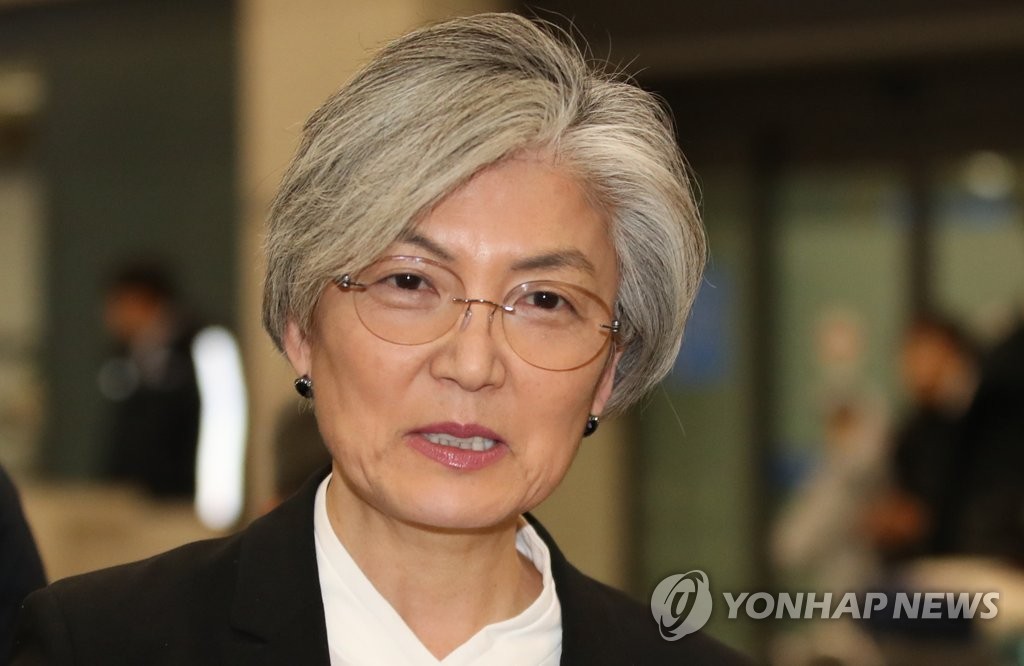