SEOUL, Feb. 21 (Yonhap) -- South Korea on Thursday unveiled a wide range of incentives for companies if they create jobs in deals with municipal governments and other relevant parties.

The incentives include an investment subsidy and tax cuts, as well as discounts in rental fees in industrial complexes, according to the Ministry of Trade, Industry and Energy.

The ministry said a company can receive 9 billion won (US$7.9 million) back from a municipal government if it invests 90 billion won.

The move is part of South Korea's efforts to create more jobs amid an economic slowdown. It is modeled on Hyundai Motor's joint venture with Gwangju Metropolitan City.

The carmaker will acquire a 19 percent stake in the joint company, with Gwangju Metropolitan City holding a 21 percent stake worth 59 billion won. The city is pushing to attract a further 168 billion won of investment.

The joint venture will borrow another 420 billion won from financial institutions.

The new assembly plant will create about 11,000 jobs in Gwangju, where the jobless rate stood at 3.8 percent in 2018.

Hong Nam-ki, the minister of economy and finance, called the jobs to be created in Gwangju and other areas through social deals "a new breakthrough" for the South Korean economy.

Sung Yun-mo, minister of trade, industry and energy, also said Hyundai Motor's deal with Gwangju offered a new alternative to revive South Korea's economic vitality and that it can create the conditions for investment and jobs through such social deals.

"It's time to think about building on the momentum of the grand social compromise and spread a job model for mutual benefits to other areas," Sung said in a news conference at a government building in central Seoul. 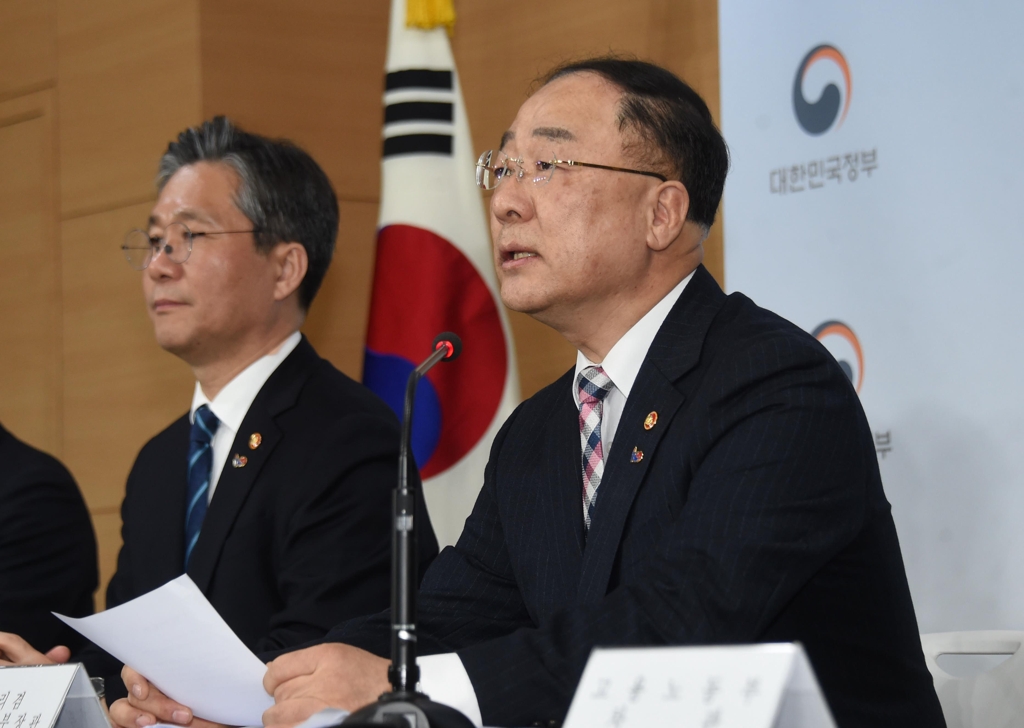