SEOUL, Feb. 22 (Yonhap) – The South Korean government said Friday it will move to lift regulations to pave the way for the country's No. 2 chipmaker SK hynix Inc.'s to build a semiconductor cluster in the Seoul metropolitan area.

The Ministry of Trade, Industry and Energy said it plans to request the Ministry of Land, Infrastructure and Transport to ease regulations that limit the total size of industrial zones in the Seoul metropolitan area, which Gyeonggi Province is part of.

Once approved, the project will become the first case of adjusting development restriction rules in and around the capital city under the Moon Jae-in administration.

On Thursday, SK hynix officially expressed interest in building the cluster in Yongin, Gyeonggi Province, about 50 kilometers south of Seoul.

SK hynix said it picked Yongin for the cluster as many parts makers are located nearby, which would create synergy between partners. The size of the project is estimated at 120 trillion won (US$106 billion).

The ministry said deregulation is needed to support the country's chip industry, which was responsible for a whopping 20 percent of South Korea's combined exports in 2018.

The project will also help in revitalize the economy amid global uncertainties, and support local small-and-medium sized suppliers, the ministry added.

The ministry estimates around 50 subcontractors will also be based in the planned cluster.

When the project is completed, Yongin will serve as a base for DRAM and next-generation memory chips, while Icheon, 80 kilometers south of Seoul, will serve as an R&D and DRAM hub and Cheongju, 137 kilometers from the capital, will be NAND flash chip center, SK hynix said. 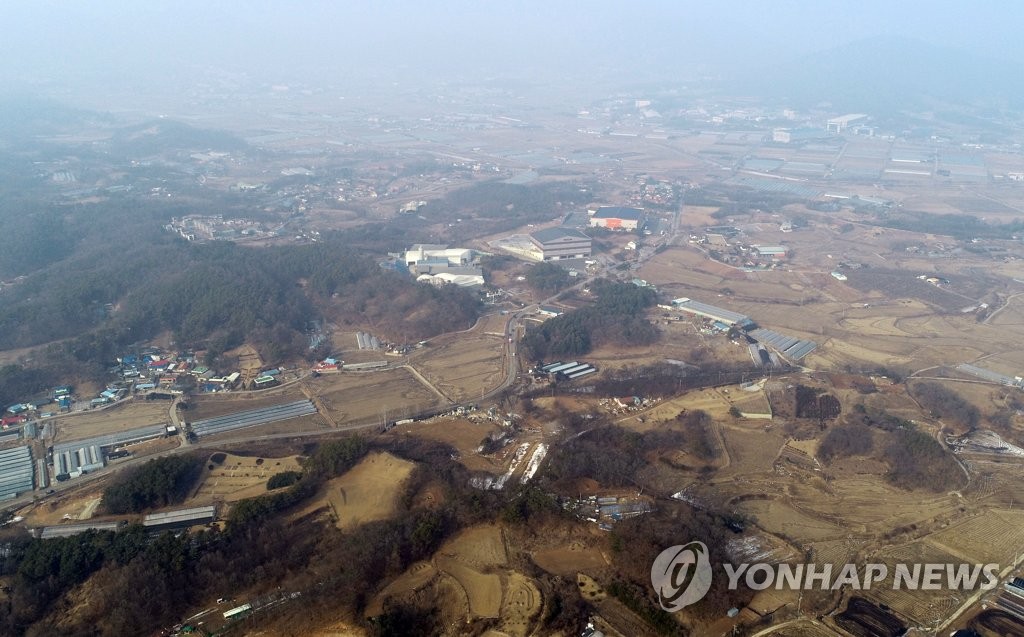