HANOI/SEOUL, Feb. 22 (Yonhap) -- Senior North Korean and U.S. envoys held hourslong talks in Hanoi on Friday as part of home-stretch preparations for another summit between the leaders of the Korean War foes.

The negotiations on the summit agenda came as Washington said that freezing all of Pyongyang's weapons of mass destruction (WMD) programs and delivery systems will be a priority at the second summit between North Korean leader Kim Jong-un and President Donald Trump, slated for Feb. 27-28.

Their sedan arrived at Hotel du Parc in downtown Hanoi, where Stephen Biegun, the U.S. envoy for North Korea, is staying, about 10 minutes later. 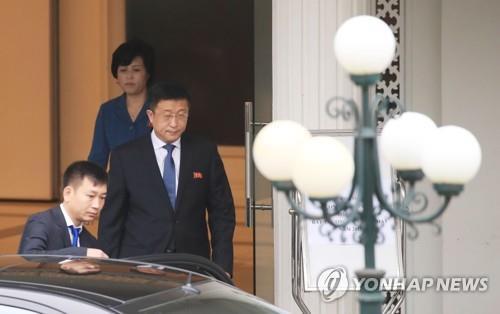 The North Koreans returned to the guesthouse at around 2:40 p.m., suggesting the discussions lasted up to five and half hours.

On Thursday, the two sides had about four and a half hours of talks to map out a deal that will be finalized at the Trump-Kim summit.

In Washington, a senior official provided media with some more details of what the U.S. wants.

Speaking to reporters in Washington D.C. in a conference call, the Trump administration official said that a priority is to freeze Pyongyang's nuclear and missile capabilities, while its "ultimate and overriding" goal is the denuclearization of the communist nation.

He stressed a full inventory of Pyongyang's nuclear arsenal would be required, albeit not immediately.

"Eventually, we are going to need a full declaration in order to complete the process of denuclearization, though I expect that will come well before the end," he said." It's basically the international standard on how one can go about addressing the issue of elimination of weapons of mass destruction."

He added, "I don't know if North Korea has made the choice yet to denuclearize, but the reason why we're engaged in this is because we believe there is a possibility."

The remarks came amid growing concern that Trump might have lowered his expectations on what he could achieve in his controversial top-down approach toward Pyongyang. 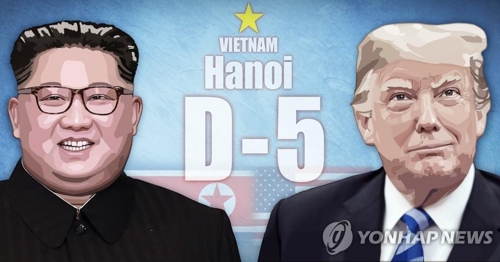 Some South Korean media have raised the possibility of a "small deal" from the summit that's intended to freeze Pyongyang's nuclear program and eliminate its intercontinental ballistic missiles.

Conservative news outlets in Seoul voiced worries that the U.S. will ease some sanctions on North Korea without a "final, fully verified denuclearization (FFVD)."

Indeed, there's no common definition of denuclearization. For the U.S., denuclearization means getting rid of the secretive communist nation's nuclear arsenal. But the North apparently wants mutual disarmament, in which the U.S. would pull down its nuclear umbrella for South Korea, including halts to the deployment of nuclear-powered strategic assets to the peninsula.

In a separate television interview in the U.S. capital, Secretary of State Mike Pompeo reiterated that the important task is to reduce military threats to American people.

"To keep the American people safe, we have to reduce the threat from a nuclear-armed North Korea, and then in turn we can work on peace and security on the peninsula and a brighter future for the North Korean people," he told NBC.

Amid speculation that South Korea may be sidelined in related negotiations, South Korea's chief nuclear envoy, Lee Do-hoon, visited Hanoi on Friday for consultations with Biegun to coordinate a negotiation strategy. 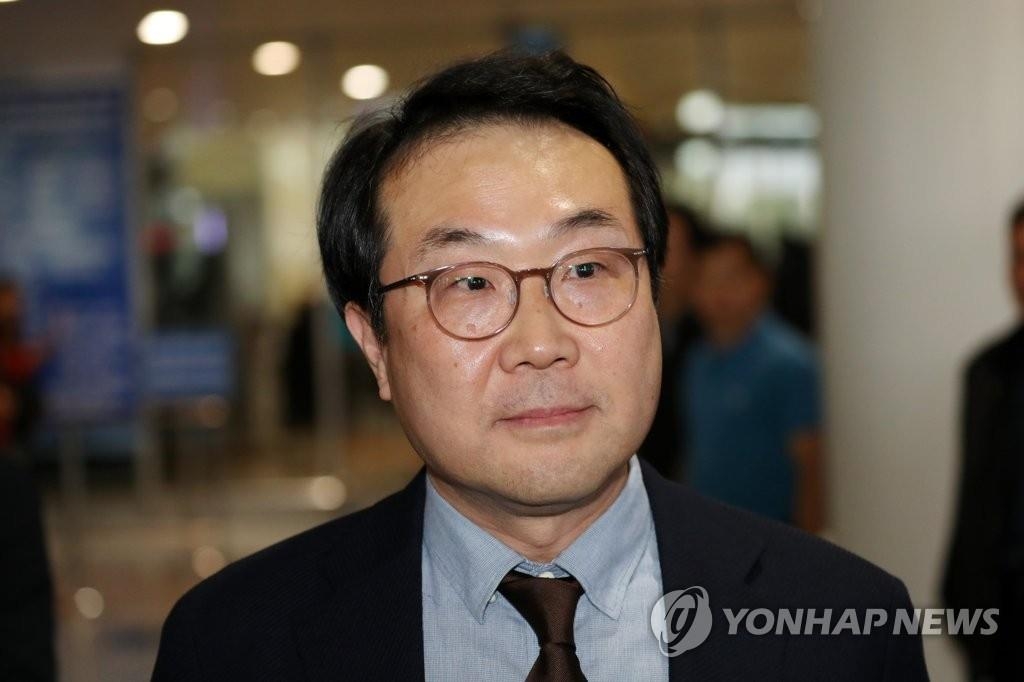 Upon arrival at the Hanoi international airport, he did not disclose details about his schedule.

"It's difficult to tell (you) about a specific schedule with the United States," he said. He expressed hope that Biegun's negotiations with North Korea will be successful to help the upcoming summit produce good results.

Meanwhile, a North Korean team, led by Kim Chang-son, an official at the State Affairs Commission, has been crisscrossing the city apparently to decide the leader's itinerary, lodging and the summit location.

The team is also reportedly in contact with a group of U.S. officials headed by Daniel Walsh, a White House adviser, to fine-tune the details of the leaders' joint photo-ops and other public appearances, such as the timing of handshakes between Kim and Trump and the angle of cameras.

Also to be determined is when and how Kim Jong-un will travel to Hanoi.

The relatively young man may reportedly use overland transportation from Pyongyang. He flew to Singapore in June last year, for the first encounter with Trump, on a rented Chinese plane.

The Chinese border city of Dandong, a gateway for North Korea's transport, may be gearing up for the passage of Kim's special train.

"The Zhonglian hotel abruptly decided on Thursday afternoon to stop taking reservations for Saturday and Sunday," a local source said. "It is not accepting foreigners starting Friday and began to cancel bookings. This could be related to Chairman Kim's trip."

If Kim chooses a train trip, it would take a few days for him to reach Hanoi, versus several hours by flight. He's widely expected to arrive in Hanoi on Monday or Tuesday amid the strong possibility that he will meet with Vietnamese leaders ahead of the summit with Trump.