The train, which left Pyongyang Railway Station around 5 p.m. on Saturday, crossed into the Chinese border city of Dandong about 9:30 p.m. before reaching Tianjin around 1 p.m. on Sunday, a source in Beijing said on condition of anonymity.

From the morning, security around Tianjin Railway Station was tightened, with an increased police officer presence, and by the time the train passed, areas around the station were tightly controlled, with some roads put off limits, the source said.

In Beijing, no unusual signs were detected on Sunday. That belies speculation that Kim could stop in the Chinese capital for a possible meeting with Chinese President Xi Jinping before talks with Trump. Instead, however, the train headed south directly.

Earlier in the day, the North's Korean Central News Agency reported on Kim's departure for Hanoi for a summit with Trump set for Wednesday and Thursday. It marked the first time that North Korean state media have reported on the upcoming event.

But there was no mention of Kim's wife, Ri Sol-ju, in the list of those accompanying the leader.

The KCNA also reported that Kim will make an official goodwill visit to Vietnam at the invitation of Vietnamese President Nguyen Phu Trong.

The North's state TV aired footage of Kim's departure. The Rodong Sinmun, the official newspaper of the North's ruling party, devoted its front page to relevant coverage and pictures that showed top officials and others lining up at the station's platform to see him off. 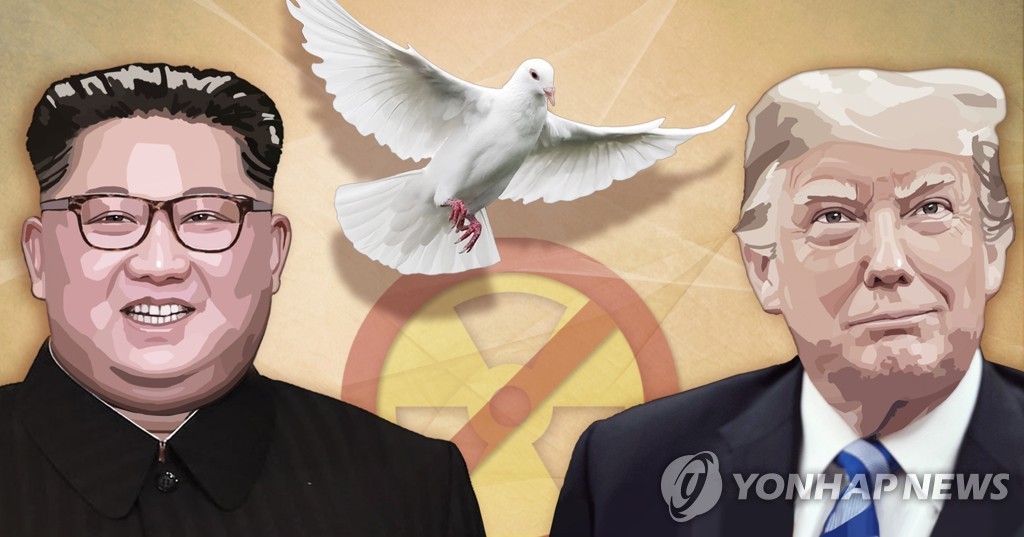 North Korea's media had been mum on Kim's trip to Vietnam for weeks despite Washington's announcement on the date and location of the summit. Pyongyang is usually secretive about its leader's overseas trips for security reasons.

The train is widely expected to travel a total of around 4,500 kilometers for about 60 hours and arrive in the Vietnamese border city of Dong Dang in Lang Song province on Tuesday. From there, Kim is expected to travel to Hanoi by car.

Local media reported Sunday that the Vietnamese military carried out mine detection on a road connecting the border city to Hanoi.

Vietnamese media outlets also reported earlier that all traffic will be banned from a section of the highway linking the two cities between 6 a.m. and 2 p.m. on Tuesday, but all of the reports were later removed apparently at the instruction of authorities. 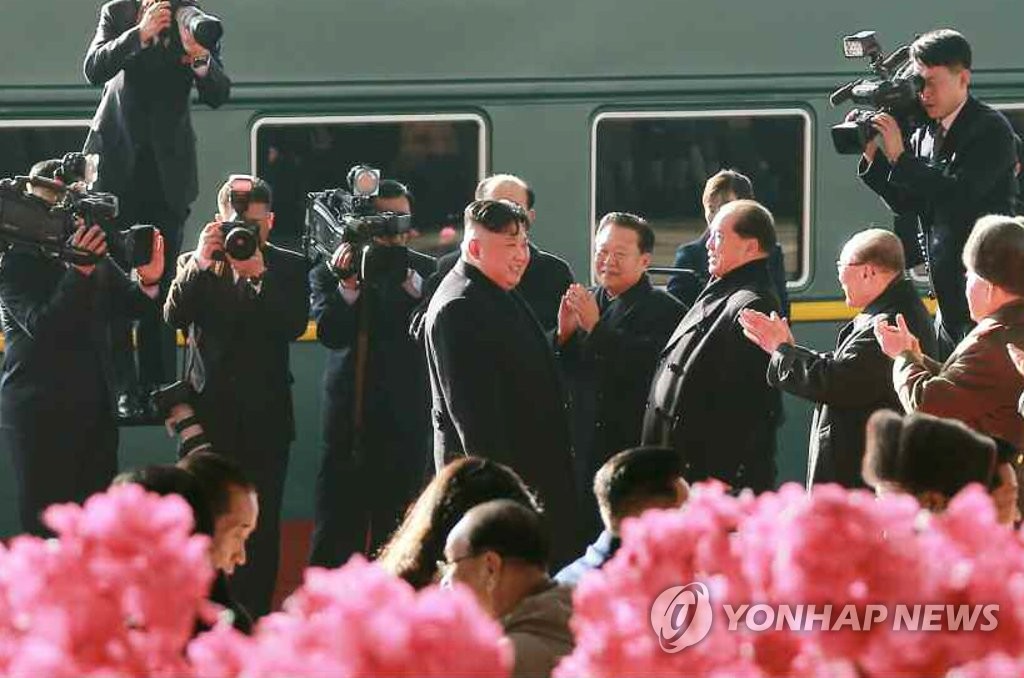 Before his departure, speculation had been swirling about what transportation Kim will use.

Flying on a state jet, code-named Chammae-1, was originally considered the most likely option, but the possibility of a train trip gained significant traction after a senior North Korean official preparing in Hanoi for the leader's trip visited a train station near the border with China.

Kim used a rented Chinese plane to travel to Singapore for his first summit with Trump last June. He arrived at the summit venue two days ahead of the historic meeting.

When Kim's grandfather and the North's founding leader, Kim Il-sung, visited Vietnam in 1958 and 1964, he traveled by train to Beijing, where he flew on a rented plane to Hanoi via the southern Chinese city of Guangzhou, North Korea experts said.

In Hanoi on Sunday, an Air Koryo cargo jet carrying North Korean security officials and vehicles arrived at the capital's main Noi Bai International Airport around 9:20 a.m., according to local media reports. Dark-suited security guards were seen walking on the tarmac after disembarking from the plane, the reports said.

About an hour later, two black SUVs without license plates left the airport's VIP building, led by police cars. The vehicles were believed to be brought in for security operations for the North's leader.

In their June summit, Kim and Trump agreed to complete denuclearization of the Korean Peninsula in exchange for security guarantees from the U.S.

This week, they are expected to focus on concrete denuclearization steps by the North and "corresponding" measures by Washington, possibly including easing sanctions and improving bilateral relations.