SEOUL, Feb. 25 (Yonhap) -- Banks have agreed to fully open their payment systems to financial technology firms, the head of the financial regulator said Monday, in a move that will provide a level playing field for new players and increase competition in the financial industry.

Choi Jong-ku, chairman of the Financial Services Commission, made the remarks at a meeting with chief executives of financial holding firms earlier in the day.

Banks have also agreed to cut payment processing fees by 90 percent, Choi said in a statement. 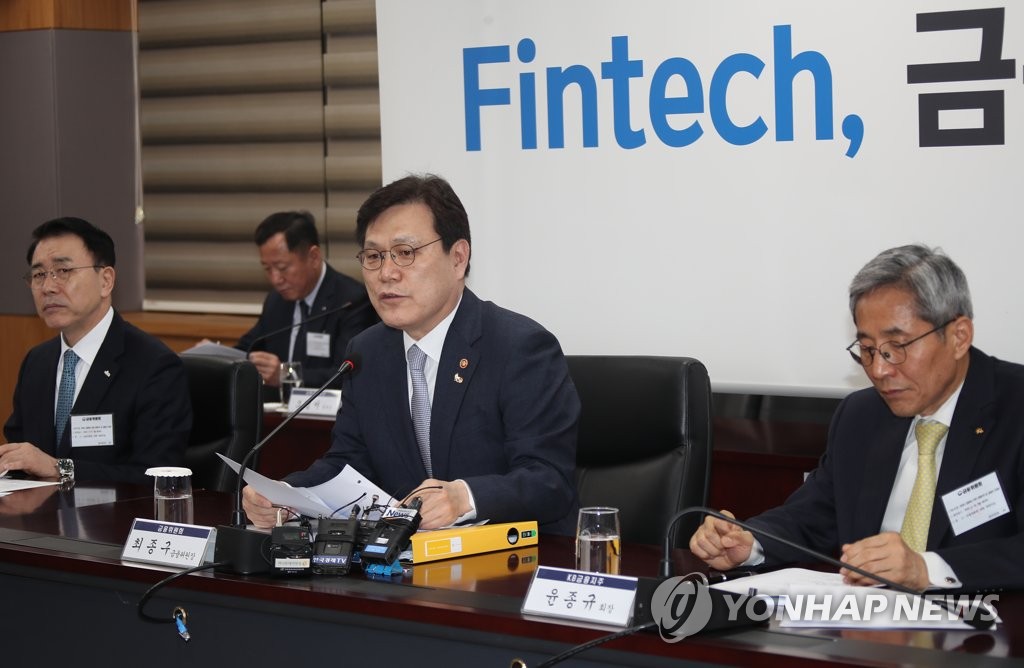 If payment services are fully opened, banks and fintech firms can compete in the payment industry and guarantee faster payments, officials said.

During the meeting, Choi urged banks to create "fintech unicorns" that compete in the global market, referring to private firms worth over US$1 billion.

From April, fintech firms will be exempted from some rules and be able to develop services without regulatory hurdles.

Under a so-called regulatory sandbox, fintech firms using new technologies, such as blockchain and big data, will be exempted from regulatory challenges.