The girl band, whose full Korean name translates into "Girls in the Park," debuted in September with the fantasy-themed six-track debut EP "The Park in the Night," fronted by "Puzzle Moon."

The lead track competed for No. 1 on one of the local K-pop single competition TV shows.

Continuing on the debut theme, the second EP "The Park in the Night part two" will hit the music scene on March 13, Kiwi Media Group said. 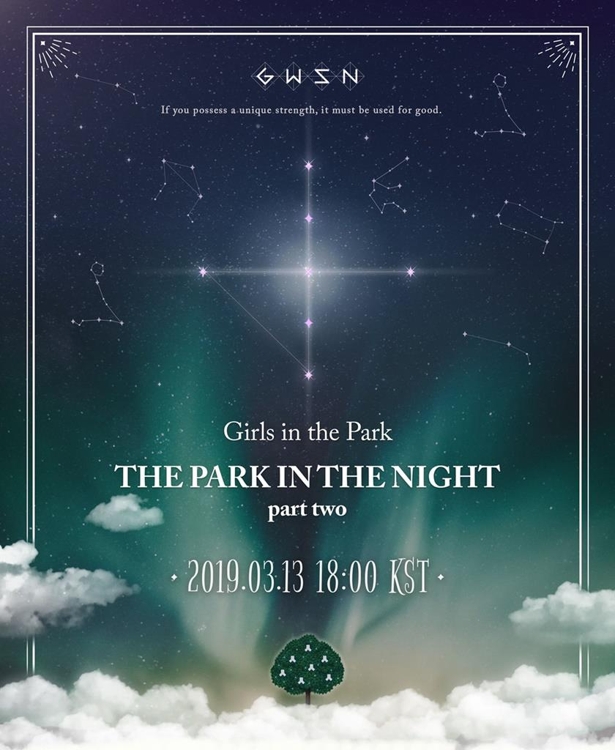 Kiwi Media also released a teaser image for the upcoming album online featuring a night sky with an aurora, clouds and constellations.