The train passed through the central Chinese city of Hengyang of Hunan Province around 3:30 p.m. after briefly stopping at the city of Changsha earlier in the afternoon and heading south.

The route, which does not pass through the southern Chinese city of Guangzhou, is regarded as the shortest way of moving from Pyongyang to Vietnam. 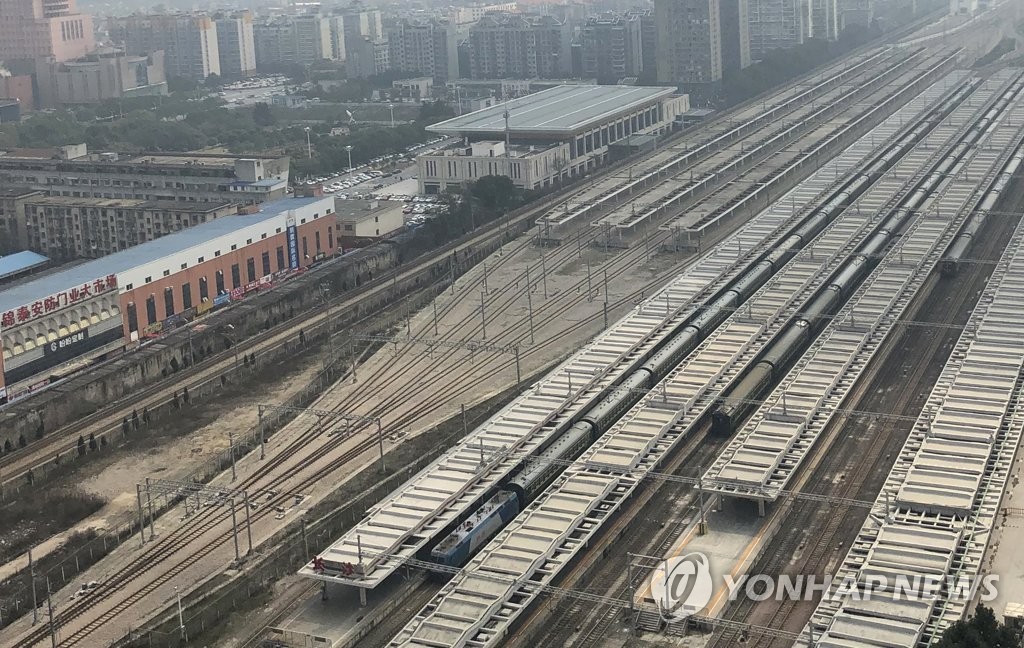 Kim's train is expected to continue to run south to Nanning and Pingxiang, the Chinese town near the border with northern Vietnam.

It is expected to cross the border into the northern Vietnamese border town of Dong Dang. From there, the North Korean leader will likely travel by car to Hanoi.

Kim's train departed Pyongyang around 5 p.m. on Saturday and reportedly reached the northeastern Chinese port city of Tianjin on Sunday afternoon. Contrary to wide expectations, the train did not stop in Beijing, though there is a possibility that it could stop there on its way back.

The train is expected to arrive in Dong Dang on Tuesday.

Vietnamese media outlets reported that all traffic will be banned on a section of highway linking the city to Hanoi between 6 a.m. and 2 p.m. on Tuesday and that the Vietnamese military carried out mine detection on the road.

Train services arriving at the Dong Dang station were halted on Sunday and will remain suspended until Saturday, according to local news reports. That raises the possibility of Kim using the train again on his way back to Pyongyang.

Security has been tightened with extra patrolling around the Pingxiang station, the last Chinese town Kim's train is expected to pass through before crossing into Vietnamese territory.

As the train will likely pass the station early Tuesday, it is possible that the once-a-day service linking Pingxiang and Hanoi could be suspended.

Kim is scheduled to hold his second summit with Trump on Wednesday and Thursday. He is expected to arrive in Hanoi on Tuesday, and Trump is to leave for the Hanoi summit on Monday (local time).

Kim used a rented Chinese plane to travel to Singapore for his first summit with Trump last June. At that summit, Kim and Trump agreed to the complete denuclearization of the Korean Peninsula in exchange for security guarantees from the U.S.

The two are expected to focus this week on concrete denuclearization steps by the North and corresponding measures by Washington, possibly including easing sanctions and improving bilateral relations. 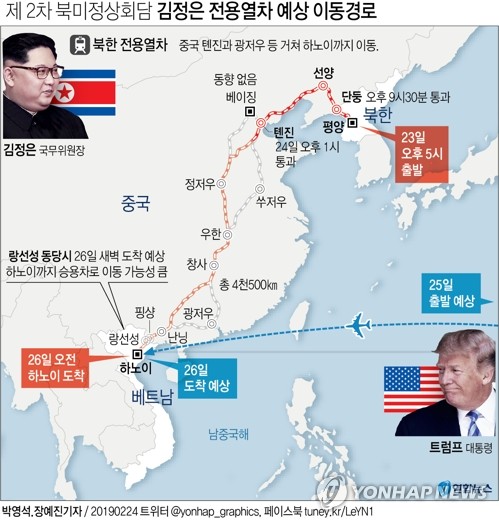