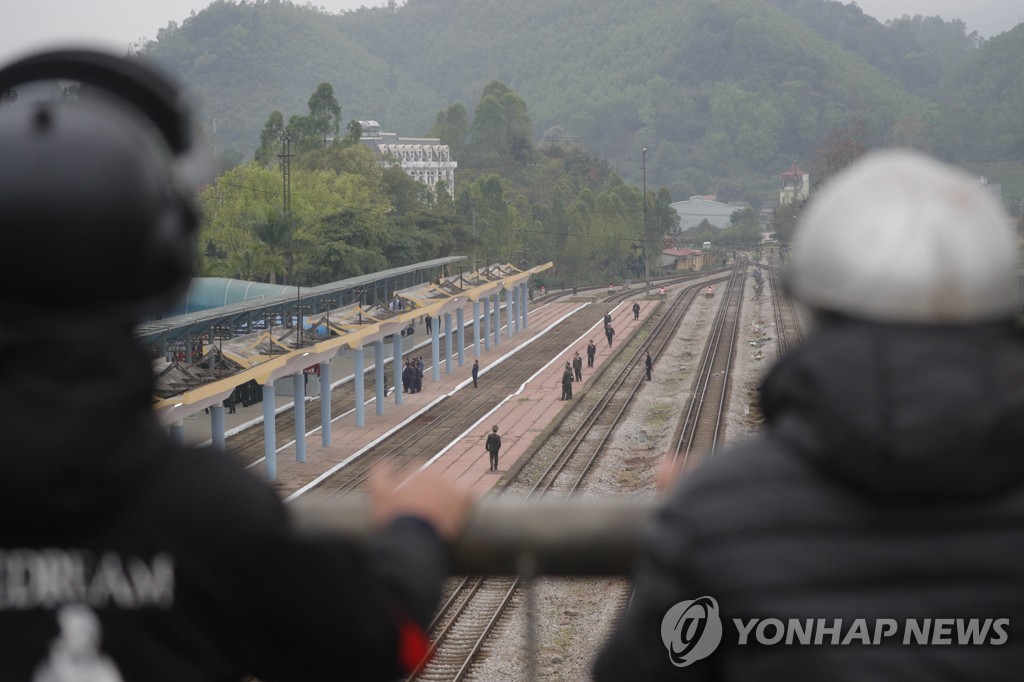 Shortly after arriving at the Dong Dang station in Lang Son province, Kim switched to a car toward the capital city of Hanoi, where he is scheduled to hold a summit with U.S. President Donald Trump on Wednesday and Thursday.

The 170-kilometer drive is expected to take a few hours.