SEOUL, Feb. 26 (Yonhap) -- Rights to distribute the Korean film "Innocent Witness" have been sold to nine countries around the world, the film's local distributor said Tuesday.

Among the countries are Taiwan, Vietnam, Singapore, Indonesia, Malaysia, Brunei and Japan.

The movie starring Jung Woo-sung and Kim Hyang-gi will open in Taiwan on Wednesday and Vietnam on Friday, according to Lotte Entertainment.

It will also be screened at the 43rd Hong Kong International Film Festival set to run from March 18-April 1 in a special section to mark the 100th anniversary of the Korean film industry, along with director Bong Joon-ho's "Memories of Murder" and Lee Chang-dong's "A Peppermint Candy."

"Innocent Witness" tells the story of a lawyer who strives to persuade an autistic teenage witness to take the stand to prove the innocence of a murder suspect. It was helmed by Lee Han of "Thread of Lies" and "Punch." 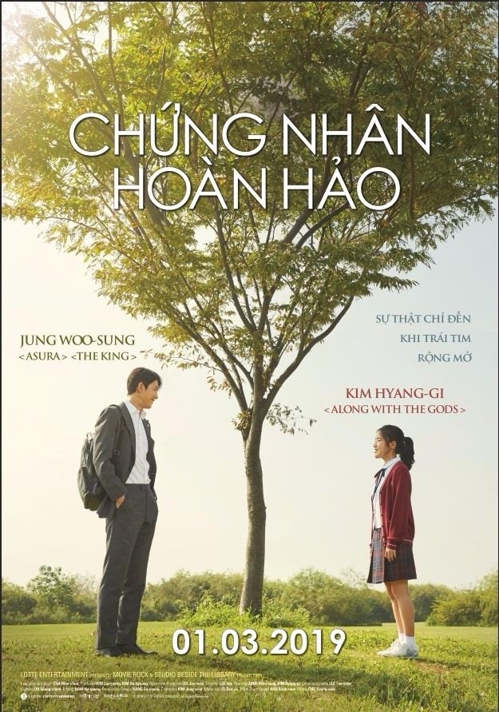