According to a survey co-conducted by the Ministry of Culture, Sports and Tourism and the Korea Professional Sports Association, 37.7 percent of female athletes in professional football, baseball, basketball, volleyball and golf answered that they have suffered some form of sexual harassment.

The survey was conducted from May to December last year with 927 people, including athletes, coaches and employees in professional sports clubs.

The survey showed 14.2 percent of those who work in the professional sports industry have experienced sexual harassment.

Among athletes, 37.7 of women and 5.8 percent of men said they have suffered sexual violence. In particular, 11.3 percent of the female athletes said that they experienced sexual harassment in the last 12 months.

Among the victims, only 4.4 percent answered that they reported their case to their superiors and authorities, but 65.9 percent said they decided to stay silent.

Asked about where they suffered sexual harassment, 50.2 percent answered at get-together dining or group outings, while 46.1 percent said training facilities.

Based on the survey results, the sports ministry said it recommended that each pro sports governing body strengthen discipline rules on sexual crimes and mete out lifetime bans to offenders.

The ministry said it will also establish a center to help sexual crime victims separate from the pro sports governing body's own center. 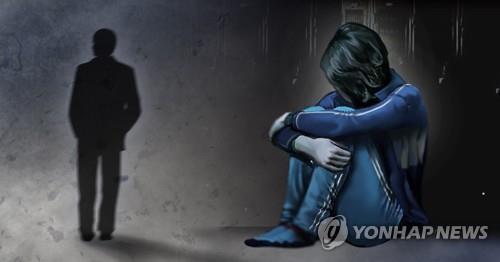