Kim "received a report on the activities of the working delegation to the second DPRK-U.S. summit talks after arriving in Hanoi, Vietnam on Tuesday," the Korean Central News Agency said, using the initialism for the North's official name, the Democratic People's Republic of Korea.

The KCNA also reported that Kim is to "pay an official goodwill visit" to Vietnam on Friday and Saturday after his two-day summit that starts Wednesday. 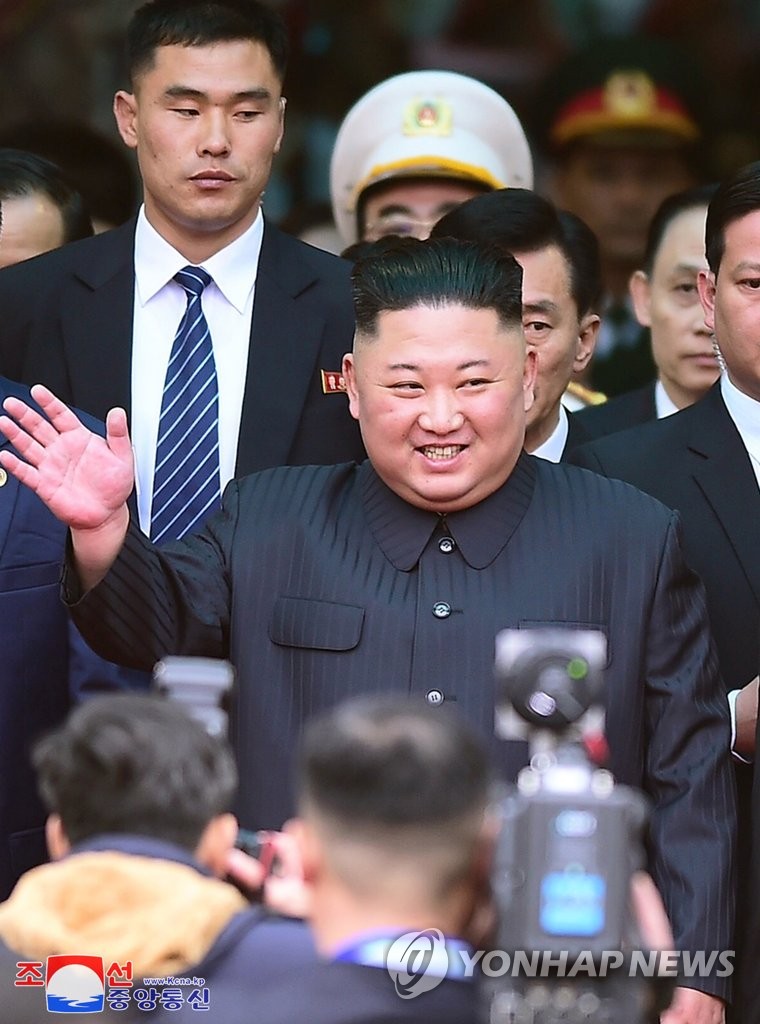 Kim arrived in Hanoi on Tuesday after a 66-hour train trip that departed Pyongyang on Saturday afternoon. Trump flew in to the Vietnamese capital late Tuesday.

Kim also visited the North Korean Embassy in Hanoi late in the day and called for efforts to "consolidate the deep-rooted friendly and cooperative relations between the two parties and countries," the agency reported.

The Kim-Trump summit comes eight months after their first-ever meeting last June in Singapore, at which they agreed to the complete denuclearization of the Korean Peninsula in exchange for security guarantees from Washington.

This week's summit is expected to focus on discussing concrete denuclearization steps by Pyongyang and corresponding measures that the North has demanded, such as easing sanctions and improving relations.

North Korean media have highlighted Kim's trip to Vietnam since his Saturday departure, with its official newspaper, the Rodong Sinmun, saying Tuesday that Pyongyang is excited to be in a situation "like a crucible."

It appears to be different from the North Korean media's tendency to minimize coverage of the leader's ongoing overseas trips or to wait to publish detailed articles until his return home.

The KCNA reported on Kim's arrival, detailing who greeted him and how "enthusiastically" people on the street welcomed his trip to Vietnam.

The Rodong Sinmun devoted its entire front page to covering Kim's trip and ran articles and photos on other pages too, featuring his arrival and first-day activities, along with responses both from Hanoi and Pyongyang. 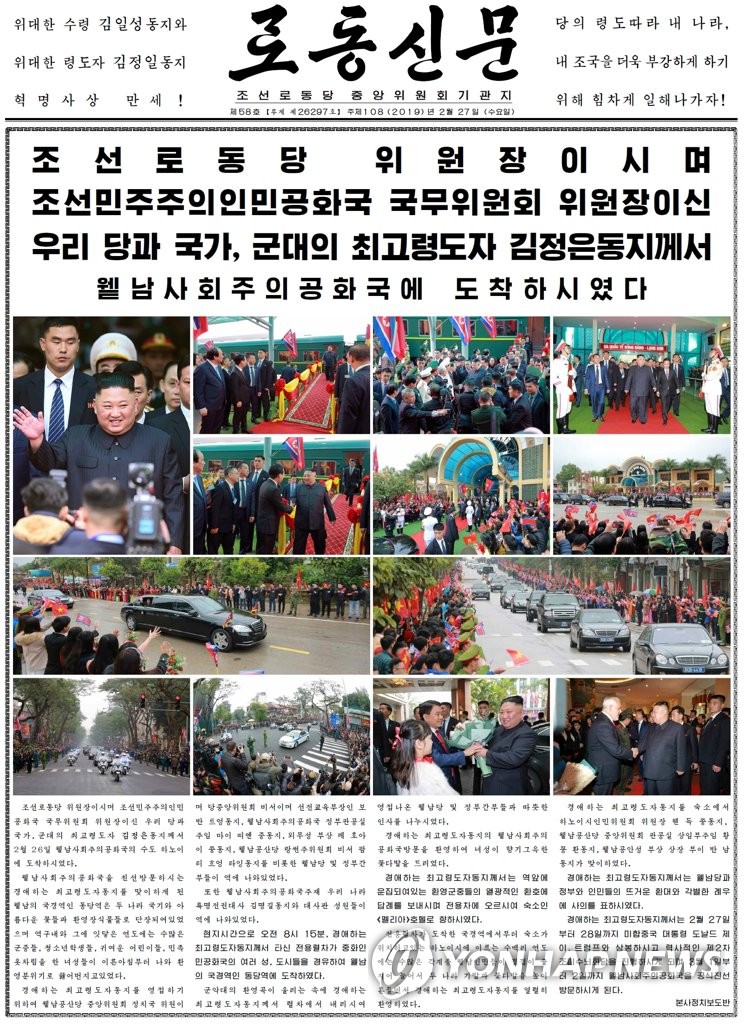