SEOUL, Feb. 27 (Yonhap) -- Seungri, a member of popular boy group BIGBANG, said Wednesday he will cooperate with police to unravel the truth about suspicions that he circulated narcotics and attempted to buy sexual services for potential foreign investors.

"I'm truly sorry for everyone as for some uncomfortable issues that have been raised over the past month," the 29-year-old singer said through his management agency, YG Entertainment.

"I want to voluntarily show up before the investigative authority, undergo a complete drug test and actively cooperate with the probe into all related suspicions," he said.

YG expressed hope that the truth about the "imprudent rumors" can be unveiled through a thorough police investigation. 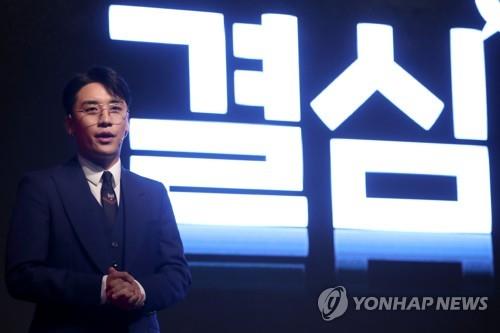 The singer will have to be punished if the suspicions are found to be true, but, if not, those who raised the suspicions will face criminal and civil charges, the agency warned.

On Tuesday, an Internet newspaper reported that the 29-year-old singer attempted to buy sexual services for foreign investors in an investment company that he was preparing to establish with an acquaintance in December 2015. Seungri cofounded the company, Yuri Holdings, in early 2016 for investment in restaurant and entertainment businesses.

The newspaper unveiled conversations he allegedly had with the head of the company and one of its employees at that time. The messages showed Seungri directing the employee to prepare seats and "loose women" for the investors at a large nightclub in Seoul's posh Gangnam area.

YG immediately denied the report as "false," claiming it is based on fabricated text messages.

The Seoul Metropolitan Police Agency said its investigators have already begun an internal probe into the suspicion.

The police agency has been separately probing Burning Sun, another nightclub in Gangnam where Seungri was a public relations director, over allegations of narcotics use, sexual assaults, violence and corrupt ties with district police.