The two-seat KF-16D warplane fell into the sea for an unidentified reason at 12:13 p.m., 13 minutes after departing from an air base in Gunsan, 274 kilometers south of Seoul, it said in a text message sent to reporters. The pilots immediately ejected and were rescued.

"The two pilots are currently returning to their base, and their condition is confirmed to be good," it said.

The Air Force formed a task force to verify the exact cause of the crash. 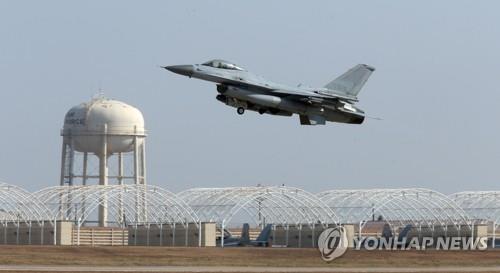