Earlier this month, the European Union decided to impose a 25 percent tariff on volume exceeding the quota for 26 steel products. The decision will be enforced for three years.

The EU claimed the decision came in response to the protectionism policies rolled out by the United States, which caused steel producers to look to the European market as an alternative. The EU said such measures can be "reviewed in case of changed circumstances."

The ministry said it met officials from the European Commission and explained that South Korean firms operating in Europe that import steel products are facing challenges.

Accordingly, the ministry urged Europe to give a favorable reconsideration to South Korean steel products during the policy review period slated for July.

During the meeting, officials from the EU said it will make necessary adjustments to prevent other countries from being hurt unnecessarily, the ministry is quoted as saying. 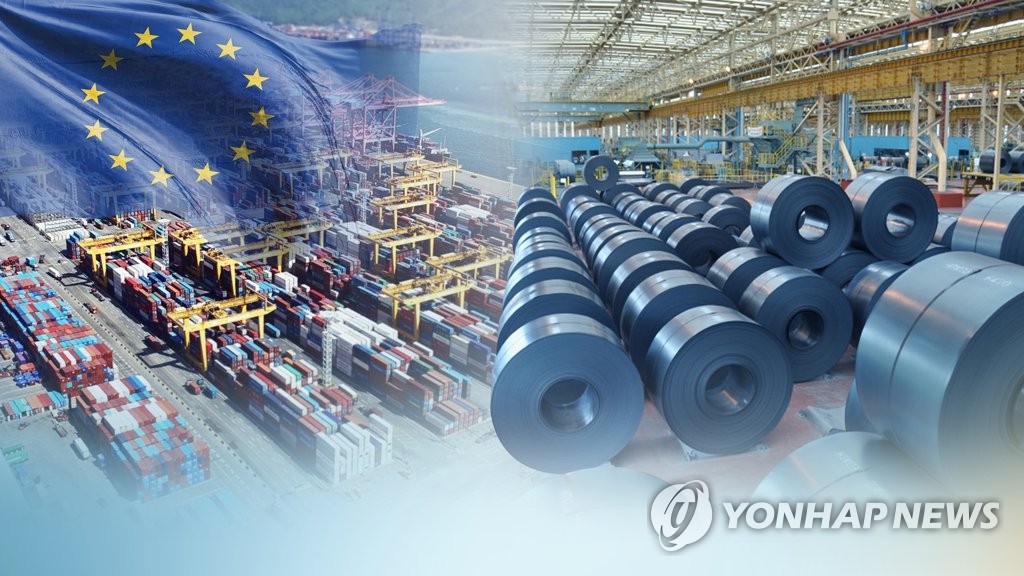