"Seungri canceled his concerts slated for March 9-10 in Osaka and March 17 in Jakarta," YG Entertainment said. "He will halt all planned engagements, not only the concerts, and actively cooperate with the police investigation in the future."

The 29-year-old singer returned home early Thursday after being questioned by police overnight on suspicions ranging from narcotics use to attempting to buy sex services for potential foreign investors.

The singer-businessman denied all the allegations during the questioning, according to police investigators.

He stated that he never exchanged the text messages disclosed by Internet news site SBS Fun-E as evidence of the sex-for-favors allegations and that he has no memory of what happened that day more than three years ago. 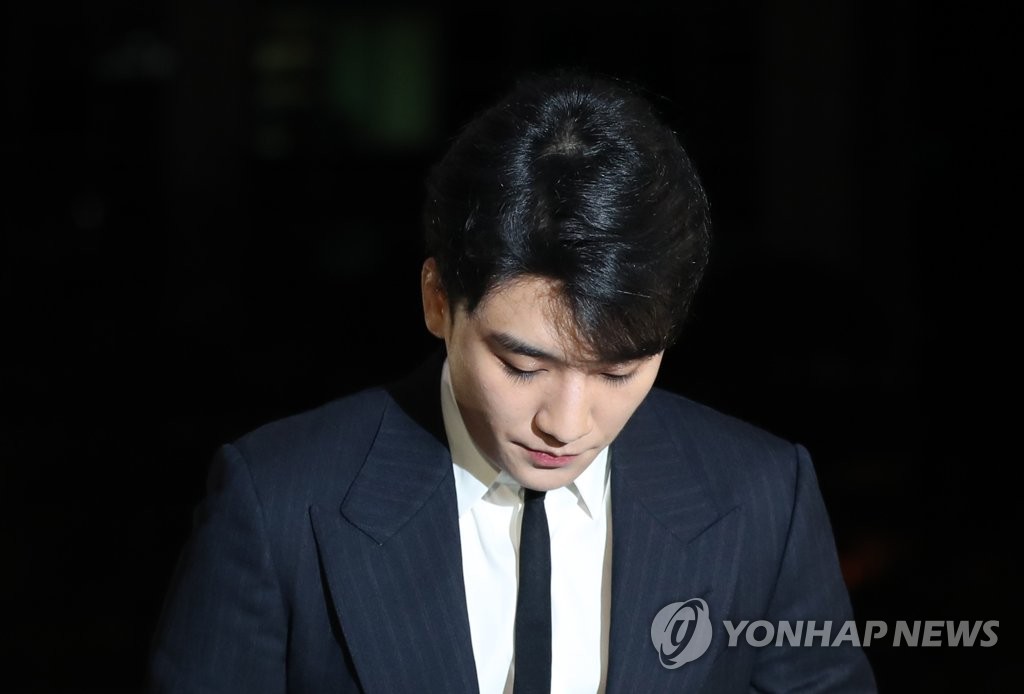 On Tuesday, the site reported that Seungri used various nightclubs in Seoul's posh Gangnam area as places for lobbying and even attempted to escort women to foreigners to encourage them to invest in his businesses at one of the nightclubs.

The media disclosed conversations he allegedly exchanged with the co-founder of the company and one of its employees on the KakaoTalk mobile phone messenger service. The messages hinted that they attempted to buy sex for business favors.

But according to sources well informed about the investigation, the police have yet to secure the original version of the KakaoTalk conversations from the reporter who first broke the news of the case.

"We'll try to figure out more about the sex-for-favors suspicions," a police investigator said on condition of anonymity, noting that they have yet to launch a formal investigation into the case.

The police agency has been separately probing Burning Sun, a nightclub in Gangnam where Seungri was a public relations director, over allegations of narcotics use, sexual assaults, violence and corrupt ties with district police.

The police plan to question Seungri and others allegedly involved in the suspicions after closely looking into the singer's statement.

They have taken urine and hair samples from the singer and sent them to the National Forensic Service for drug tests.

Seungri complied with the authority's request to submit the samples but denied drug use allegations.