The unit's 4,400-ton Choi Young destroyer on Wednesday provided fuel to the U.S. and Belgium-registered yachts that were en route to Djibouti on a trip around the world after departing from Sri Lanka, the Navy said.

The captain of the Belgian yacht called for help through a communication link to the United Kingdom Maritime Trade Operations (UKMTO), which informed a group of warships operating nearby of the yachts in distress.

The naval unit, with more than 300 personnel, has been operating in the Gulf of Aden since 2009 to ensure the safety of South Korean and foreign vessels in waters off the conflict-laden African country. 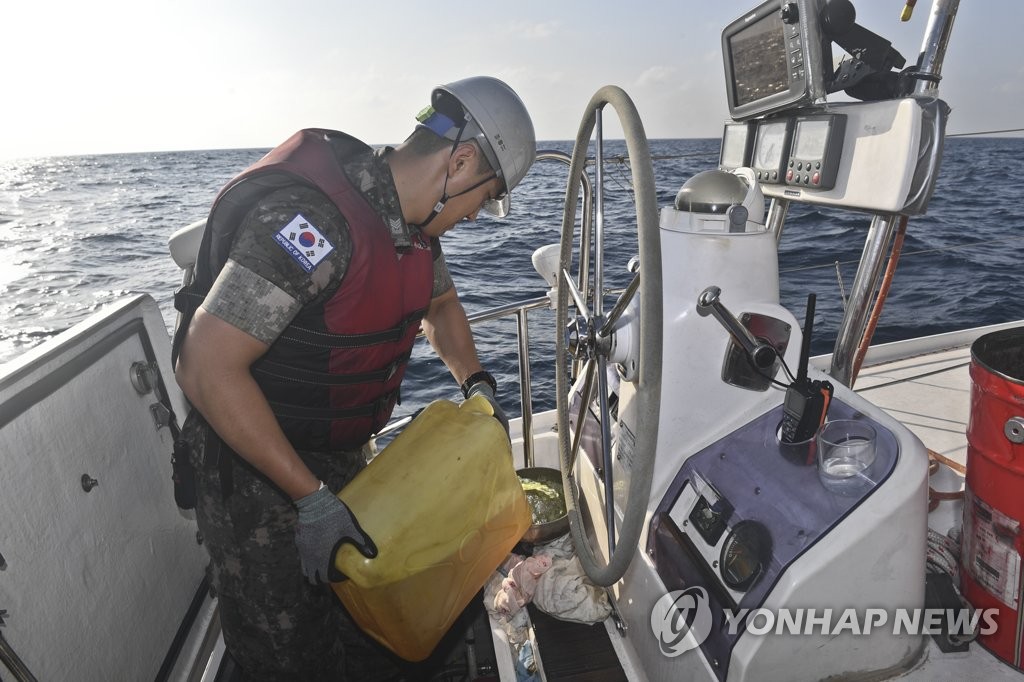