The government expressed confidence that Yoo's deep knowledge of the field will allow her to become an excellent trade policymaker. It pointed out that Yoo has worked in the trade field since the early part of her public service career, and her knowledge and experience that will help Seoul navigate pending trade issues.

Yoo has often been referred to as the 'devil's advocate' and a counterpoint to her predecessor Kim Hyung-chong. Sources said while Kim takes a more aggressive approach during negotiations, Yoo tends to be more circumspect.

Yoo is known to be fluent in English, and served as the presidential office's spokesperson for foreign corespondents under the Park Geun-hye administration.

She was the first woman to become a first-rank staff in the 70-year history of the Ministry of Trade, Industry, and Energy in 2018. She studied at Seoul National University.

Yoo is married to Rep. Choung Tae-ok of the main opposition Liberty Korea Party. Pundits said the government's decision to name Yoo to the trade minister's seat despite her background indicates that her talents were enough to offset political issues. 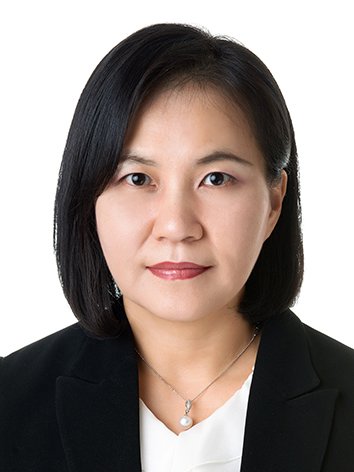