Apartment prices across Seoul have continued to decline for the past 16 weeks, dropping 0.09 percent on Monday compared to a week earlier, according to weekly data from KAB.

"Potential buyers are taking a wait-and-see attitude as they expect or hope for further declines in home prices this year. Such sentiment is weighing on the home transaction markets," the statement said.

Apartment prices across the country also fell 0.09 percent during the same period on lower demand, it said.

Apartments remain the most preferred type of residence in Seoul, home to one out of every five Koreans. 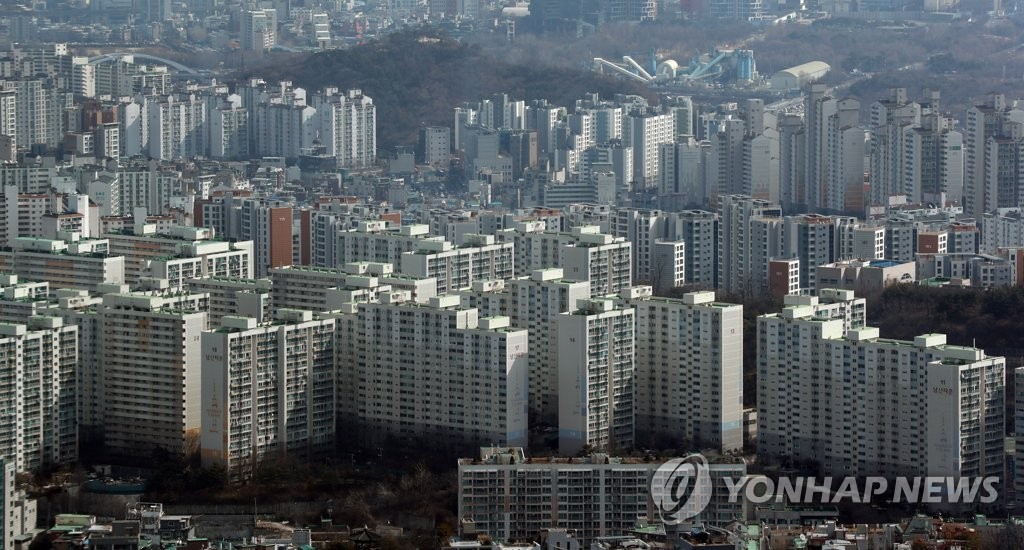