SEOUL, March 4 (Yonhap) -- A biopic about Yu Gwan-sun, an icon of the March 1, 1919 Independence Movement, topped the box office in its first weekend as Koreans commemorated the movement's 100th anniversary.

"A Resistance" sold 606,076 tickets from Friday to Sunday, according to data from the Korean Film Council on Monday.

Starring Ko A-sung, Kim Sae-byeok and Kim Ye-eun, the movie tells the story of Yu and several other women who were put behind bars at cell No. 8 of Seoul's Seodaemun Prison for their leading roles in the March 1, 1919, Korean independence protests. Korea was a colony of Japan from 1910 to 1945. 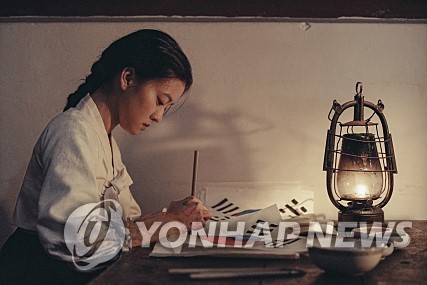 "Svaha: The Sixth Finger" slipped to second place with 471,139 admissions in its second weekend.

The local mystery thriller, directed by Jang Jae-hyun, is about a pastor who encounters mysterious figures and incidents while trying to expose a covert Buddhist cult. The movie, starring Lee Jung-jae, Park Jung-min and Jin Seon-kyu, has garnered 2.1 million views since its theatrical release on Feb. 20.

"Innocent Witness," led by Jung Woo-sung and Kim Hyang-gi, remained unchanged at No. 3. The film added 372,681 views to its 19-day cumulative total of about 2.3 million.

"Extreme Job," which ruled the weekend box office for about a month earlier this year, fell to fourth place with 330,325 admissions.

The sensational cop comedy soared as the top-grossing film of all time in South Korea with its ticket sales reaching 137.696 billion won (US$122.18 million) on Sunday, surpassing 135.75 billion won earned by the previous No. 1, "Roaring Currents."

But "Extreme Job" is still behind "Roaring Currents" when it comes to total attendance.

Another new Korean release, "Uhm Bok-dong" about a colonial-era Korean cycle champion of the same name, took fifth place. The movie, starring singer-actor Jung Ji-hoon, who is better known by his stage name Rain, was seen by 81,082 people. 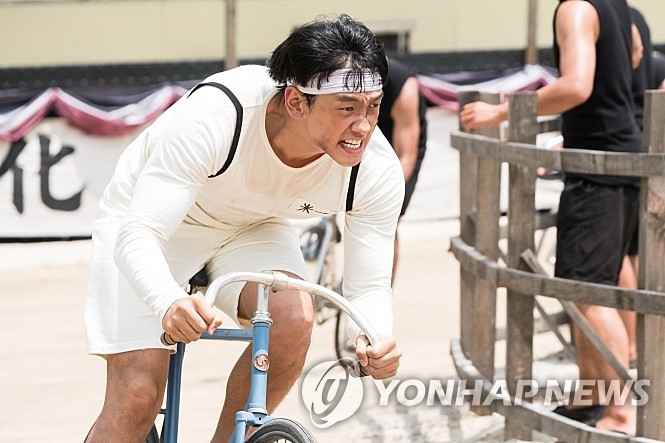