Kim left Dong Dang station in Vietnam on Saturday after a two-day summit with Trump and an official visit to the Southeast Asian nation.

His train passed through the northeastern Chinese city of Benxi, near Shenyang, around 4 p.m. after going through Tianjin and Shanhaiguan earlier in the day, according to the sources.

Despite earlier speculation, Kim did not stop in Guangzhou, a Chinese port city northwest of Hong Kong, nor in Beijing to meet President Xi Jinping on his way back home.

"The train seems to be moving at a much faster pace than it did when heading to Vietnam," a source said.

Kim's train is expected to reach Dandong station and then cross the Yalu River, also known as the Amrok River, near the border on Monday night. 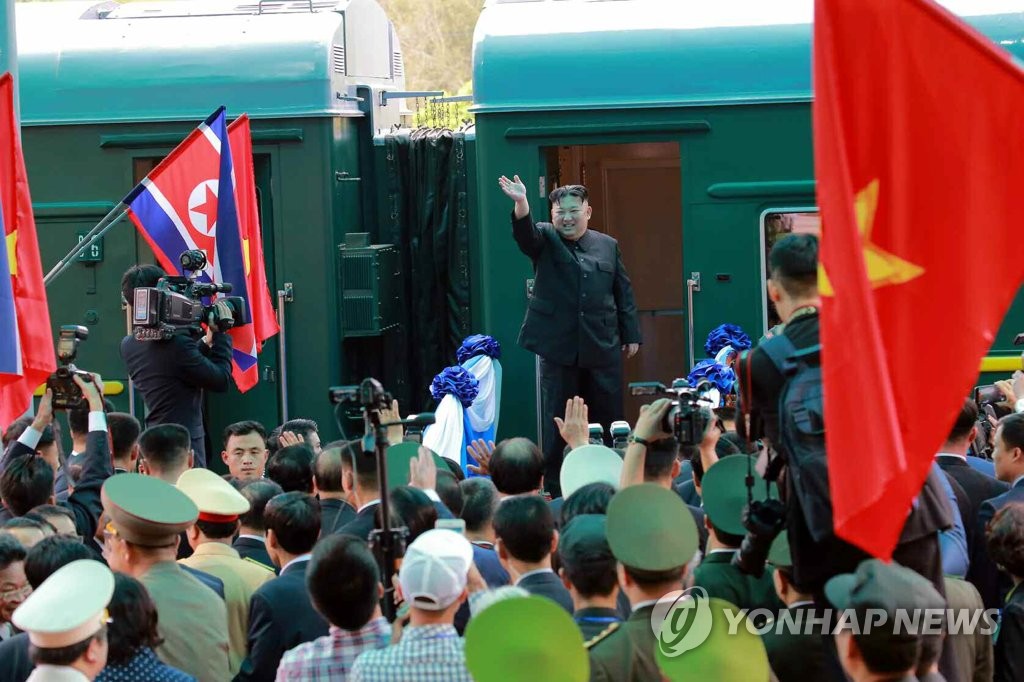