SEOUL, March 5 (Yonhap) -- JB and Yugyeom, who compose a GOT7 subunit, heavily differ with each other over many things, such as food preference and music taste, but when it comes to their first joint album, they clearly agree that it should be something that their umbrella group has not done yet.

Following such zeal to explore music genres uncharted by the boy group, the duo Jus2 returned to the K-pop scene Tuesday with "Focus," a six track R&B-heavy EP, all composed and written by the two members in collaboration with other creators.

The EP, fronted by the stylish R&B number "Focus on Me," will hit local online music stores Tuesday evening.

"We wanted to be different. We thought the atmosphere of this album should be distinct from GOT7 (albums) so we started from what is opposite to (GOT7), and this is how it came out," JB said in an interview with Yonhap News Agency and other media outlets Monday. 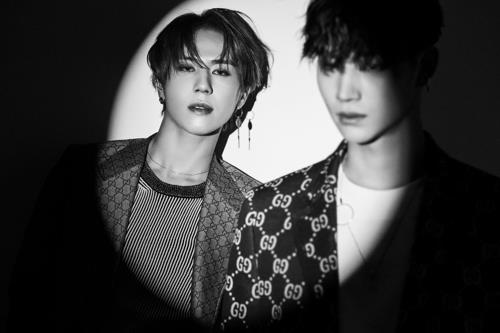 "From the color of the album to its choreography, we sought to bring out what we couldn't do within GOT7," Yugyeom also noted.

While powerful dance performances and bubblegum pop have been the trademark of the seven-piece band, Jus2 is "reserved" in terms of music and choreography, which "constantly go back and forth between strength and weakness," according to Yugyeom.

The idea to create the duo was conceived during GOT7's world tour, where all its members except JB and Yogyeom mounted solo performances on the stage.

"So we looked for chances (to do extra work) ... and the staff from our management agency suggested we, as members strong in dance performances, would make an interesting team, and that's how we began to prepare," he noted.

"We were also very eager and eventually what was initially proposed as a (temporary) unit to perform at a concert has built into an album."

For GOT7 team leader JB, Jus2 is the second subunit after he previously paired with another team member, Jinyoung. They last released an album, "Verse 2," in mid-2018 under the name JJ Project.

"Working with Jinyoung felt like taking a stroll and having a conversation, but with Yugyeom, it feels like skydiving," JB said, comparing his experiences with the two members.

Working together, JB and Yugyeom found their preferences and tastes in food, music and many other areas very different.

"I like Korean food, but this guy loves Western food. Having worked with him, I have very much learned to enjoy greasy food," JB noted.

"In terms of music, our tastes differed somewhat, but they converged at R&B and hip-hop," JB said, hinting at the reason R&B was chosen as the overriding genre of "Focus."

The album's six tracks each delve into the five different human senses -- taste, sight, touch, smell and sound -- plus a sixth sense.

The seductive title track, "Focus on Me," embodies the visual sense with its lyrics featuring the thrill of exchanging looks and being drawn to each other.

The second track, "Drunk on You," is an olfactory exploration of a relationship, with the third and fifth tracks, "Touch" and "Love Talk" each dealing with the tactile and acoustic effects of love. The last track, "Long Black," compares love to varying tastes of coffee, while the fourth track, "Senses," encompasses all the sensual awakening love brings.

Besides the title track, JB's favorite number is "Senses," a song filled with his new musical attempts. Yugyeom picked "Long Black" for which he wrote the lyrics.

"As we have taken care of nearly everything in the album's preparation, including fashion styling and choreography, we are half-nervous and half-expectant to finally release it to the public," Yugyeom said.

As Jus2, the duo will travel to seven Asian cities to showcase their new album, starting April 7 in Macau and moving to Tokyo, Taipei, Osaka, Jakarta, Bangkok and Singapore.

On April 10, they will release a Japanese version of the new EP "Focus," a collection of the six tracks on the album plus one new track.

Jus2 is open to the possibility of releasing further albums, JB said, adding he has also left the door open for further work under the JJ Project. 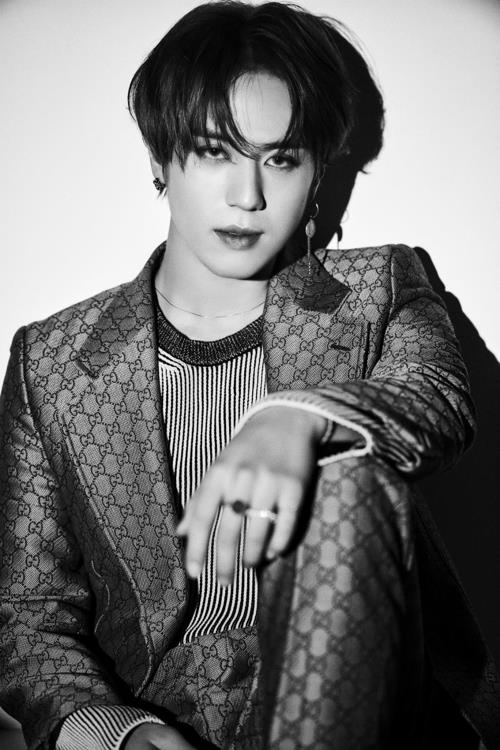 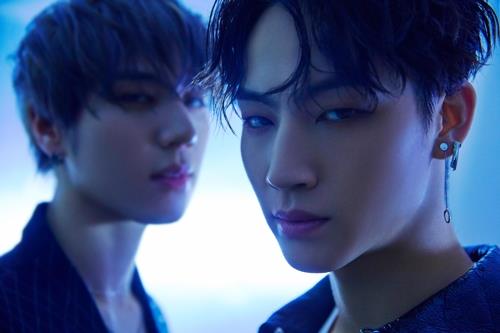