The restraint appears to reflect soul-searching by Pyongyang over whether and how to proceed with the nuclear negotiations with Washington after the embarrassing and unexpected collapse of the talks with Trump in Hanoi.

On Tuesday, Uriminzokkiri, one of the North's propaganda websites, called for escalating the "peace atmosphere" on the Korean Peninsula, saying Pyongyang remains firm in its commitment to ending hostile military relations with the South.

"Joint military exercises with foreign forces, which serve as a root cause of tensions in the Korean Peninsula situation, should no longer be allowed, and the introduction of war equipment, including strategic assets, should be completely halted," it said.

Last week's talks had been widely expected to produce another denuclearization-for-concession deal after the one reached at the first Trump-Kim summit in Singapore last June. But the two days of talks were abruptly cut short and ended without an agreement.

Trump and other U.S. officials said that the North demanded the lifting of all sanctions while offering to denuclearize the country's main Yongbyon nuclear complex only and refusing to accept a U.S. demand for denuclearizing other areas too.

Despite the breakdown of the talks, the North's official Korean Central News Agency said a day later that Kim and Trump agreed to continue "productive dialogues," and at the end of the talks, Kim said goodbye to Trump while "promising the next meeting."

Kim returned to Pyongyang by train early Tuesday. KCNA's Korean-language service reported that Kim returned after a successful summit with the U.S., but its English-language version made no mention of the U.S. in the report. 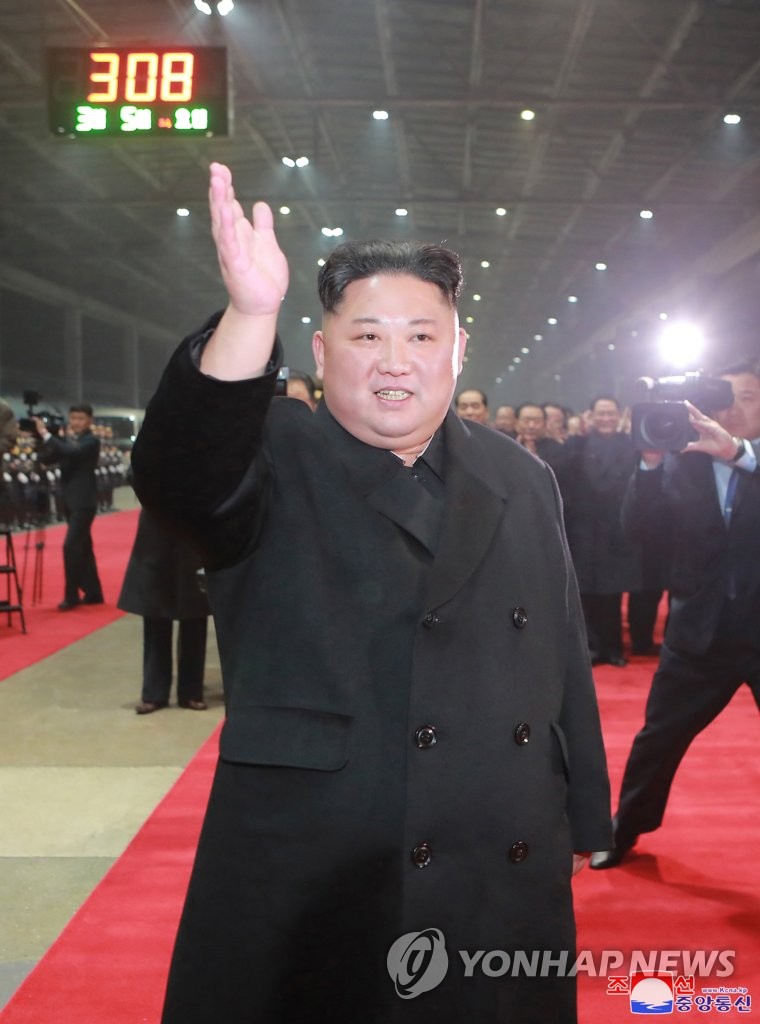 N. Korea refrains from criticism of U.S. despite breakdown of Trump summit

N. Korea refrains from criticism of U.S. despite breakdown of Trump summit