SEOUL, March 5 (Yonhap) -- One of the last remaining free agents in South Korean baseball joined a new club in a sign-and-trade on Tuesday.

The Kiwoom Heroes of the Korea Baseball Organization (KBO) announced that they signed third baseman Kim Min-sung to a three-year deal and immediately traded him to the LG Twins for cash. 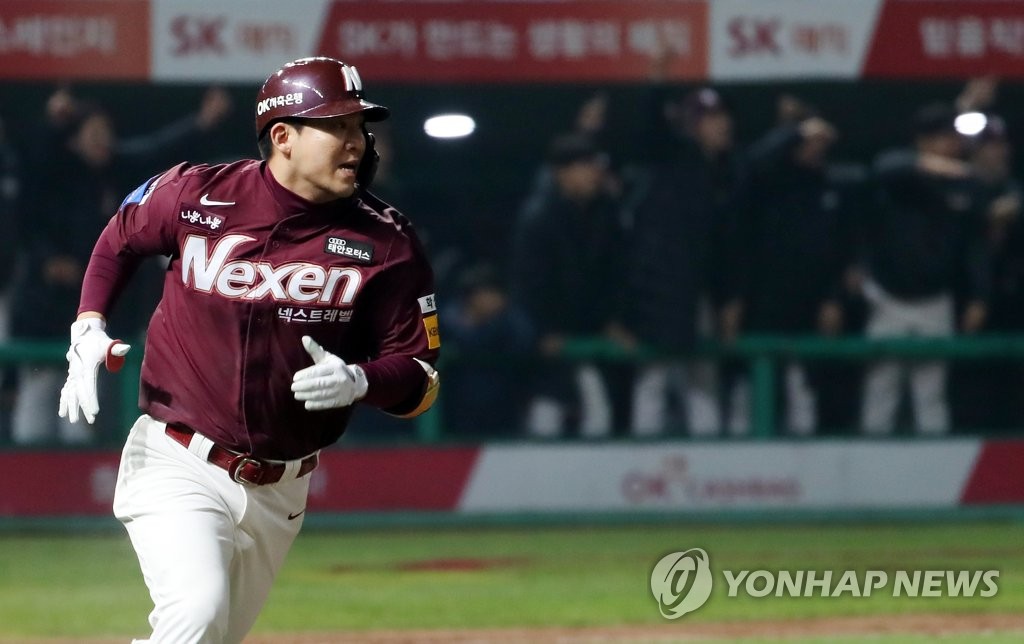 Kim's deal is worth 1.8 billion won (US$1.6 million), including 300 million won as a signing bonus. In return for the 30-year-old infielder, the Heroes received 500 million won.

The Twins will now be on the hook for Kim's salary, though they didn't have to pay the extra compensation that they would have incurred if they'd signed Kim in free agency.

Signing a free agent in the KBO comes with a hefty price tag -- the club must pay the player's former team twice the amount of his previous salary and send a player not on the protected list, or pay that club three times the amount of the player's salary from the previous season.

He had been the last position player remaining in free agency. Entering his 13th season, Kim spent the past nine years with the Heroes. A solid defender with some gap power at the plate, Kim batted .283/.351/.414 with 10 home runs, 45 RBIs and 24 doubles in 128 games last year.

Right-hander Noh Kyung-eun is the only player still unsigned in the open market. After talks with his original club, Lotte Giants, fell through in late January, Noh left for the United States in search of a new opportunity there.