On Tuesday, Beyond Parallel, a project of the Center for Strategic and International Studies in Washington, said that its satellite imagery analysis showed Pyongyang is pursuing a "rapid rebuilding" of the site on its west coast in what may be a move to demonstrate "resolve" in the face of U.S. rejection of its demands for sanctions relief.

The source said the North began the work to tear apart the ancillary building for rocket assembly, a launch pad and a railway linking them last June and suspended it the following month, and that the signs of the North reassembling the building have recently emerged.

"I understand that the railway connecting the missile assembly building and the launch pad have been taken out," the source said on condition of anonymity. "There are no signs yet of restoring that railway, but there are signs that (the North) appears to be focusing on reassembling the ancillary building."

The North apparently started to dismantle the missile site as U.S. President Donald Trump and leader Kim Jong-un agreed during their first summit in Singapore in June to work toward the complete denuclearization of the Korean Peninsula with little clarity on how to achieve that goal.

During his third summit with South Korean President Moon Jae-in in Pyongyang last September, Kim offered to permanently dismantle the engine testing site and a launch pad at Dongchang-ri in the presence of international experts.

"Significantly, the environmental shelters on the umbilical tower, which are normally closed, have been opened to show the launch pad," it said. "This facility had been dormant since August 2018, indicating the current activity is deliberate and purposeful."

38 North, a U.S. website monitoring the communist state, said that efforts to rebuild these structures started between Feb. 16 and Saturday last week.

"On the launch pad, the rail-mounted transfer building is being reassembled. Two support cranes are observed at the building, the walls have been erected and a new roof added," the website said.

At the engine test stand, the engine support structure appears to be being reassembled.

On Tuesday, Seoul's National Intelligence Service told the National Assembly's intelligence committee that the North appeared to be putting back a roof and a door on a Dongchang-ri facility -- a sign of their restoration work. 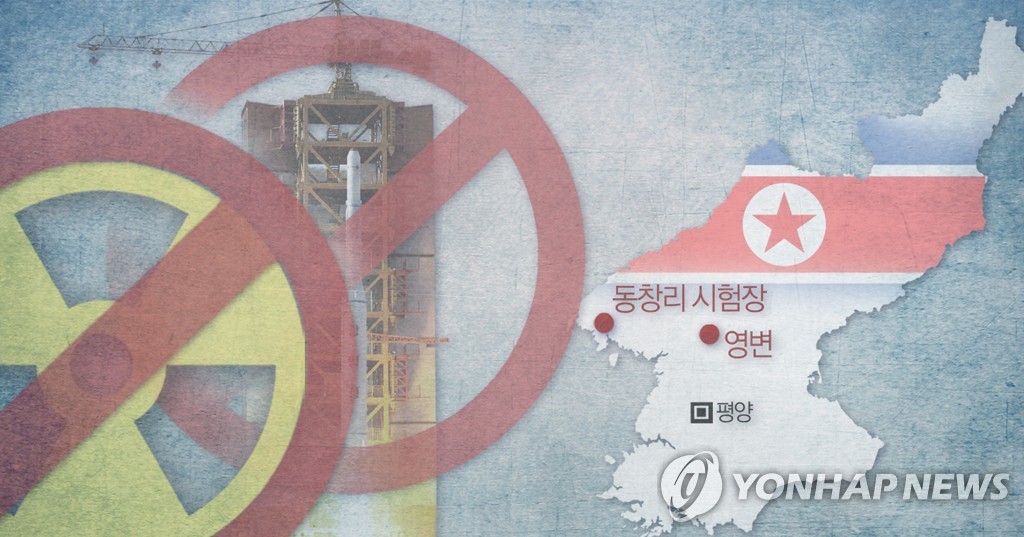