"(North Korea's) uranium enrichment facilities have been in normal operation, even before the recent summit between the United States and North Korea," the National Intelligence Service (NIS) was quoted as telling lawmakers at the closed-door briefing Tuesday.

The spy agency said that North Korea stopped the operation of its 5-megawatt reactor at its sprawling nuclear complex in Yongbyon late last year with no signs of reprocessing activities.

At a press briefing Tuesday, lawmakers said the North has been keeping the nuclear reactor dormant, but they did not make public the NIS's briefing on the North's uranium enrichment activities at Yongbyon.

Its uranium enrichment facilities came under the international spotlight in November 2010 when U.S. nuclear scientist Siegfried Hecker was invited to see 2,000 centrifuges capable of producing up to 40 kg of highly enriched uranium (HEU).

U.S. President Donald Trump and North Korean leader Kim Jong-un ended their second summit in Hanoi last week without any agreement due to their differences on the scope of denuclearization and sanctions relief.

Washington said the North demanded the lifting of sanctions "in their entirety" in exchange for its offer to dismantle only the main Yongbyon nuclear complex. Washington wants denuclearization in other areas, reportedly including uranium enrichment facilities hidden elsewhere.

But the North rejected the claim, saying that it only demanded partial relief of sanctions linked to people's livelihoods and that the U.S. pressed the North to do more in addition to removing the Yongbyon facilities.

The NIS also said the movement of vehicles used to transport supplies was spotted at the Saneum-dong missile research center on the outskirts of Pyongyang.

The center is known to have produced two intercontinental ballistic missiles including the Hwasong-15.

"Vehicle movements, apparently aimed at maintaining facilities, have continued to be detected near the Saneum-dong," an official at Seoul's defense ministry said, adding that the activity is nothing new.

"If there is a facility, there will inevitably be some activity to maintain it," the official said.

The NIS said it detected signs of the North restoring part of the Dongchang-ri missile launch site that it began to dismantle last year.

Trump said Wednesday he would be "disappointed" if reports that North Korea is rebuilding a missile engine test site are true.

"We are closely monitoring North Korea's nuclear and missile facilities, including the Dongchang-ri site and the Saneum-dong center," Choi Hyun-soo, the defense ministry spokeswoman, said during a regular press briefing.

"South Korea and the U.S. are keeping close coordination (in sharing) military intelligence," she added. 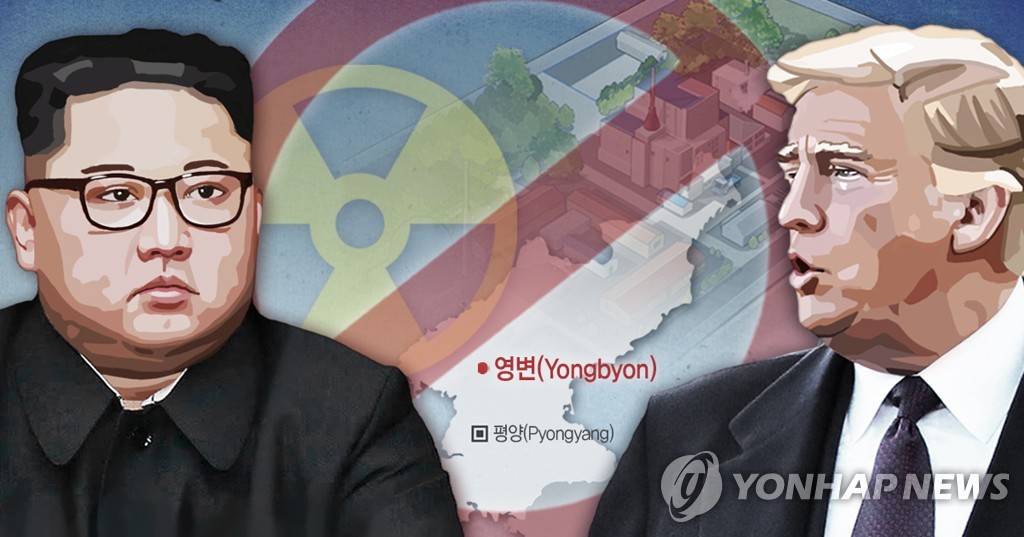